For this PC Performance Analysis, we used an Intel i7 4930K (overclocked at 4.2Ghz) with 8GB RAM, AMD’s Radeon RX580, NVIDIA’s GTX980Ti and GTX690, Windows 10 64-bit and the latest version of the GeForce and Catalyst drivers. The game does not support SLI, meaning that our GTX690 performed similarly to a GTX680. 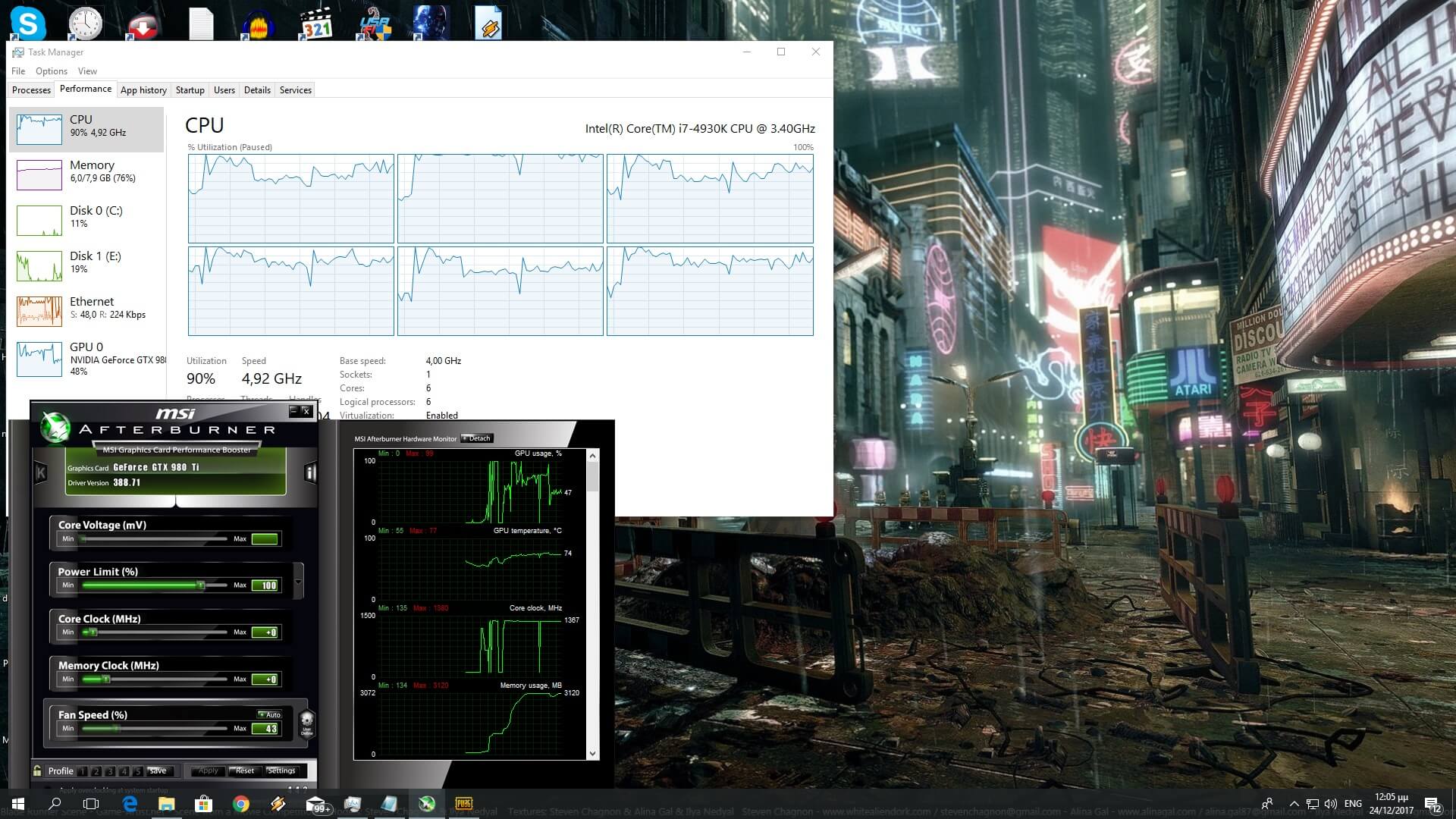 Bluehole has included a few graphics settings to tweak. PC gamers can adjust the quality of Anti-Aliasing, Post-Processing, Shadows, Textures, Effects, Foliage and View Distance. There are also Field of View and Resolution Scale sliders, as well as options to enable/disable V-Sync and Motion Blur.

In order to find out how the game performs on a variety of CPUs, we simulated a dual-core and a quad-core CPU. While PlayerUnknown’s Battlegrounds appears to be playable even on a modern-day dual-core CPU, it undoubtedly suffers from minor CPU optimization issues. As we can see in the following screenshot, our GPU was not used to its fullest in the lobby area where they were a lot of players together. Since none of our CPU cores were maxed out, our guess is that the DX11 API is the culprit here. 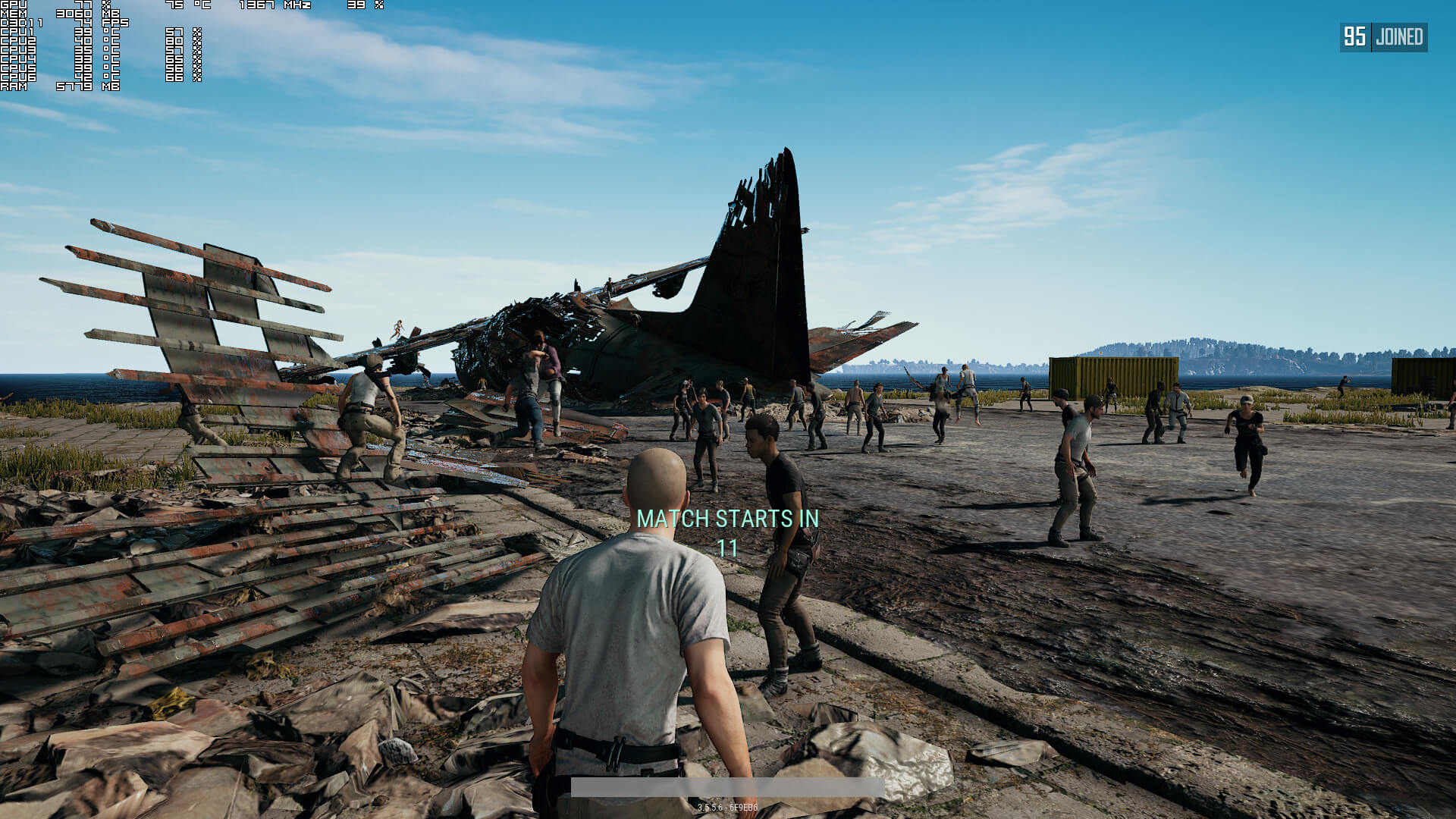 Apart from that scenario, PlayerUnknown’s Battlegrounds ran incredibly well on our six-core and our simulated dual-core (when Hyper Threading was enabled) and quad-core systems. These systems were able to offer a constant 60fps experience while playing the game. We did not notice any performance differences between our six-core and our simulated quad-core CPUs, and Hyper Threading did not improve the overall performance of these two aforementioned systems. 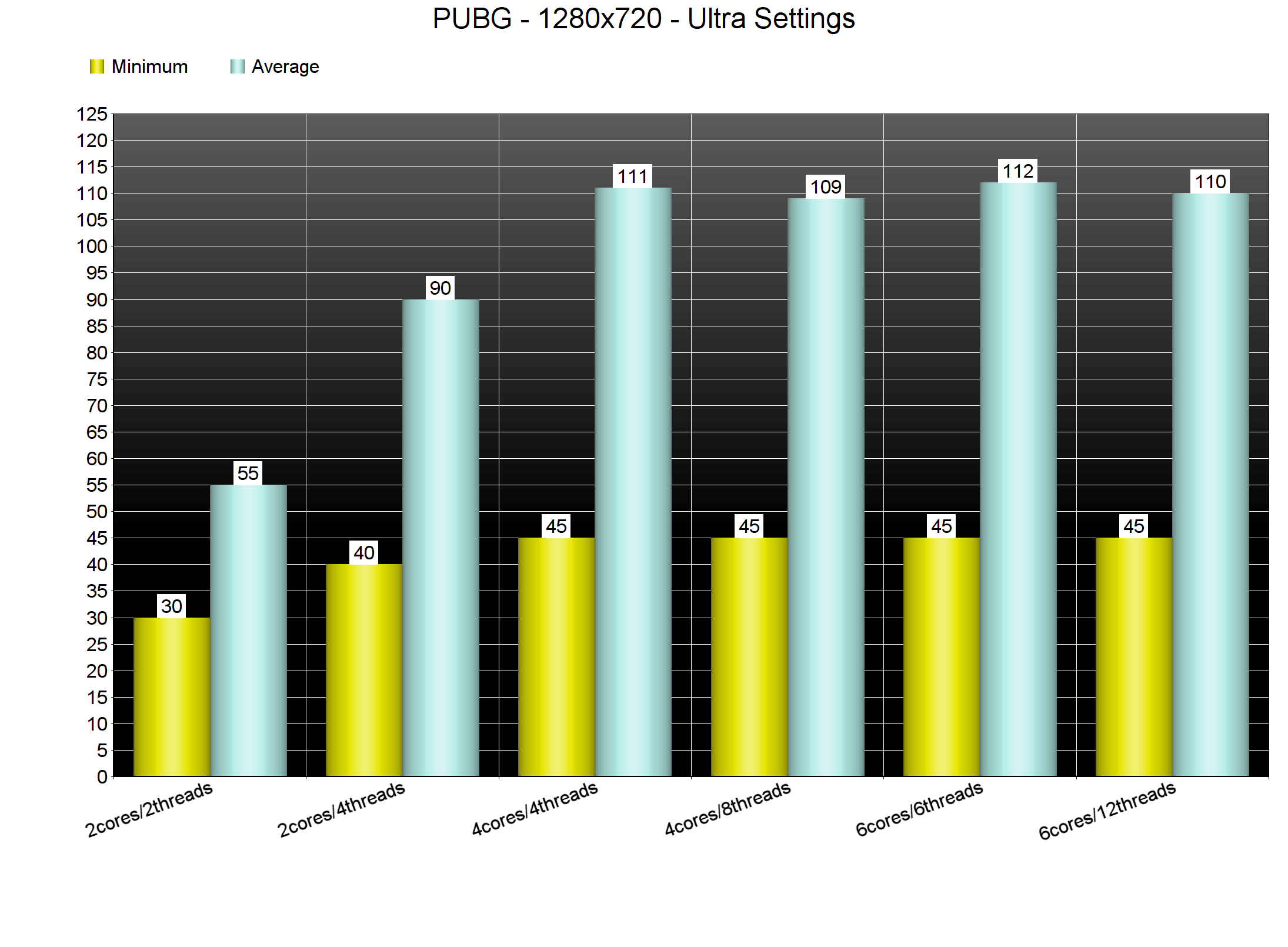 On the other hand, PlayerUnknown’s Battlegrounds requires a powerful GPU in order to be enjoyed on Ultra settings. Our GTX980Ti was able to offer a constant 60fps experience at 1080p, whereas our AMD Radeon RX580 was able to push an average of 57fps. In order to hit the 60fps goal, we had to use the High settings on our RX580. Since there is no SLI support, our GTX690 behaved similarly to a GTX680 and ran the game with a minimum of 24fps and an average of 33fps (Ultra settings but with Low Textures in order to avoid any VRAM limitations). 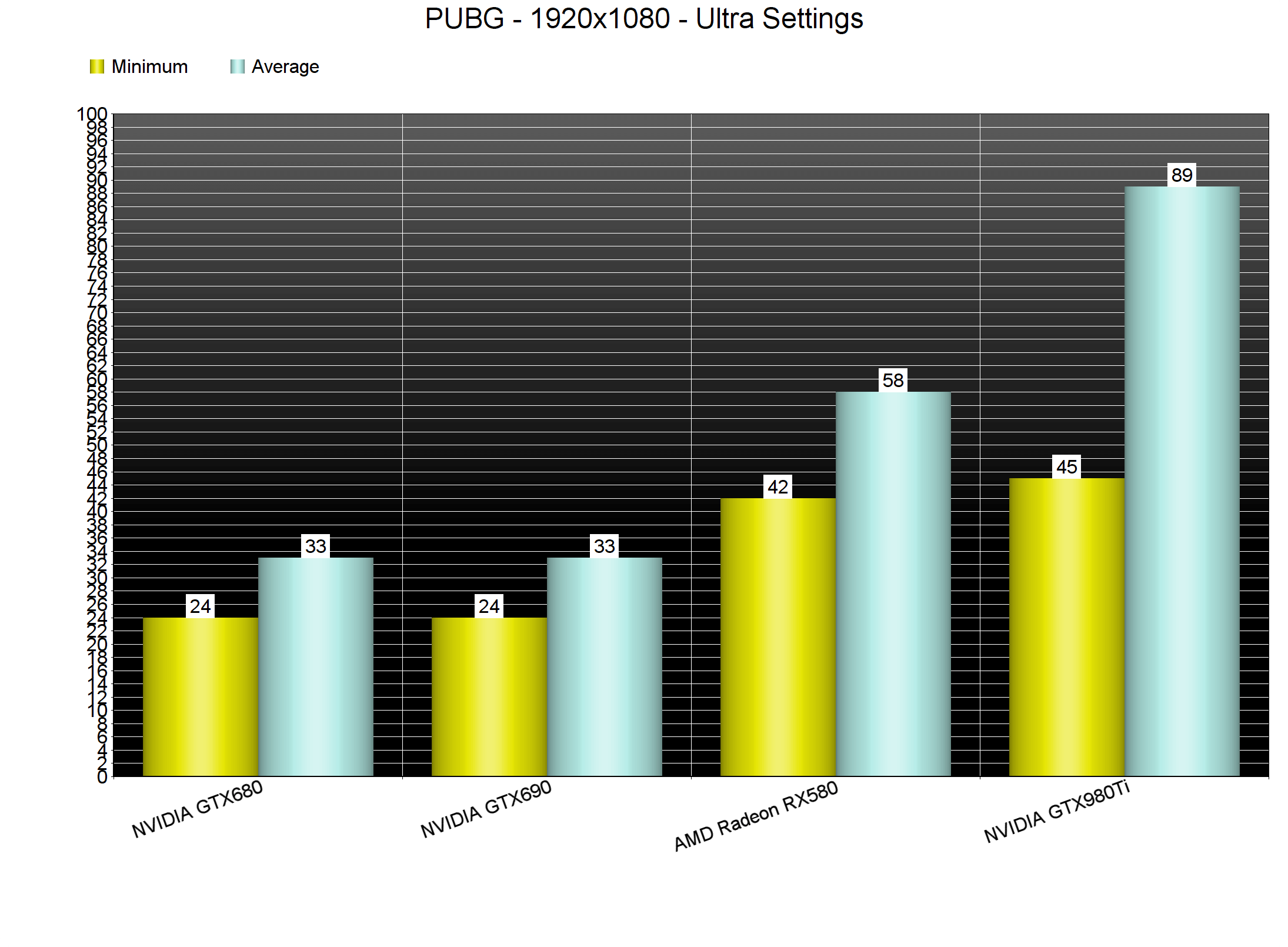 Since our GTX980Ti was able to offer a constant 60fps experience on Ultra settings, we’ve decided to test the game’s presets on the AMD Radeon RX580. PlayerUknown’s Battlegrounds comes with five presets: Very Low, Low, Medium, High and Ultra. On High settings, we were able to get an average of 74fps and on Medium settings, our AMD Radeon RX580 pushed an average of 80fps. On Low and Very Low we were limited by our CPU. 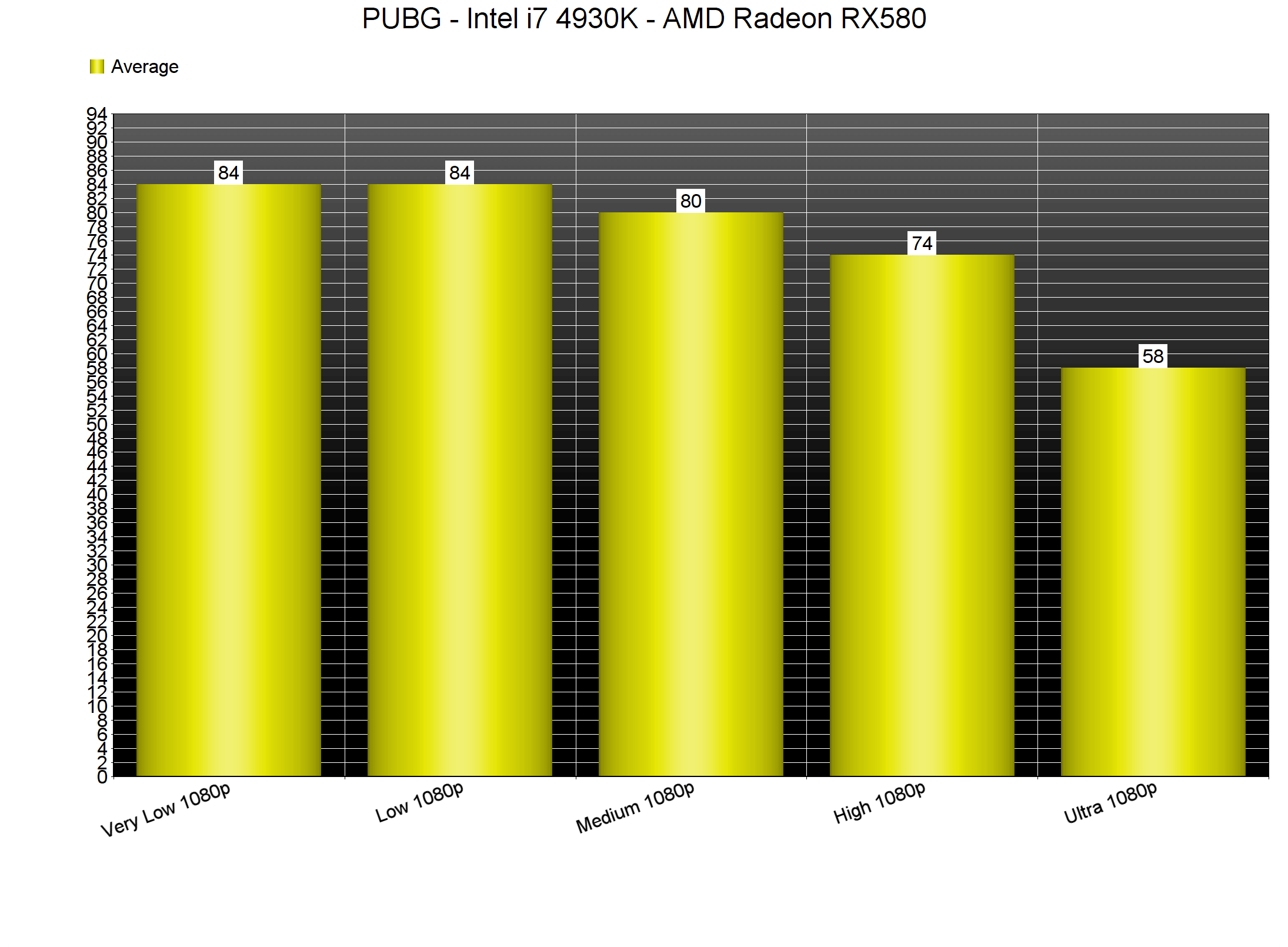 Graphics wise, PlayerUnknown’s Battlegrounds looks fine. While the game does not push the graphical boundaries of online shooters, it is pleasing to the eye. We did notice some really low-resolution textures (even on Ultra settings) and some of the particles effects (like explosions) are average-ish. Still, and given the game’s nature, most players won’t be really paying attention to its visuals. Bluehole has implemented some cool lighting effects, though some scenes can look a bit flat. Interactivity is also limited, despite the fact that players can break windows and open pretty much all doors.

All in all, PlayerUnknown’s Battlegrounds runs fine on the PC platform. The game can scale on older GPUs and runs perfectly fine even on dual-core CPUs (provided they support Hyper Threading). There are no mouse acceleration or smoothing issues, and the controls are as good as those found in other PC shooters. Here is hoping that Bluehole will address the game’s awful latency issues sooner than later! 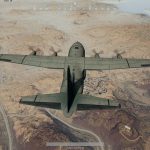 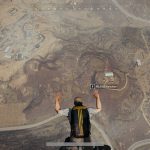 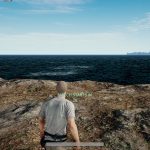 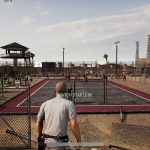 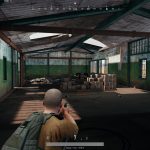 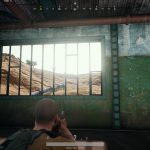 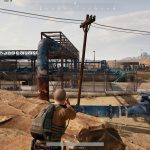 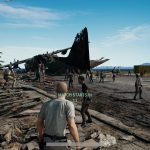 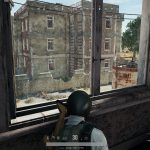