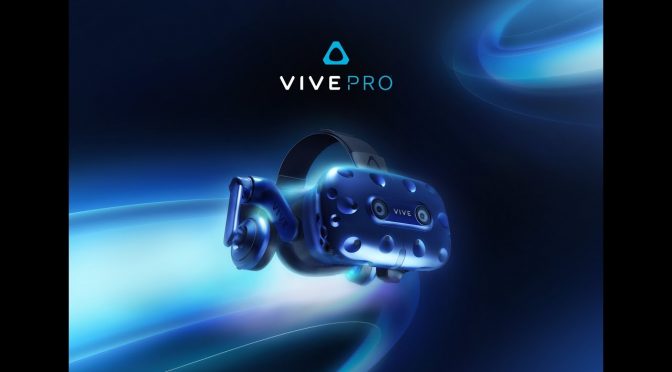 Vive Pro is a new HMD upgrade from Vive, built for VR enthusiasts and enterprise users who want the best display and audio for their VR experiences. Vive Pro includes dual-OLED displays for a crisp picture resolution of 2880 x 1600 combined, a 78% increase in resolution over the current Vive HMD.

This premium resolution enhances immersion for VR enthusiasts, and the improved clarity means text, graphics and overall experience all come into sharper view. Vive Pro also features integrated, high-performance headphones with a built-in amplifier to offer a heightened sense of presence and an overall richer sound. Vive Pro’s new headstrap was built with enhanced ergonomics and comfort, including a sizing dial for a more balanced headset that decreases weight on the front of the headset. Additional improvements include dual microphones with active noise cancellation and dual front-facing cameras designed to empower developer creativity.

“There’s a clear need in the VR market for a premium VR experience with high resolution display, integrated audio and the best components available today in a headset. Vive Pro offers an immediate upgrade for both VR enthusiasts and enterprises that want to utilize the best VR experience.”