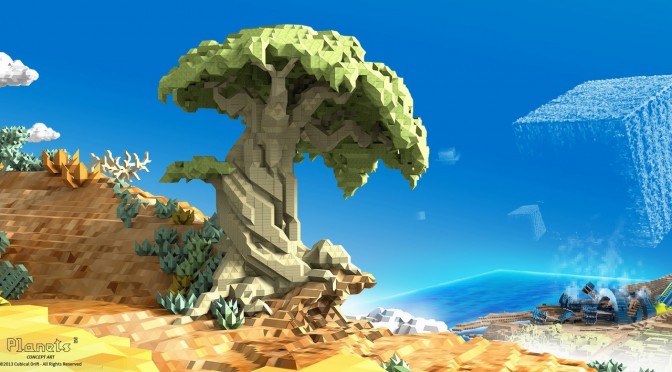 Cubical Drift announced today that the KickStarter for Planets3 has exceeded its initial funding target of $250,000. Planets3 is described as a beautifully presented, unique mix of adventure, RPG, dungeon crawler and building.

“We are incredibly grateful to every backer we have for believing in our dreams of a Cubical world. The kind words, encouraging each other and helping us to get featured on websites all over the world has helped us to fund. Without you guys, there would be no Planets3. The love for our game is both very heartwarming and endearing – we can’t thank you enough.

Planets3 is something we have all worked hard on to get to this and now we can continue on and see this through to completion. We are very happy with the reaction from the games media press and public and very motivated to make P3 live up to everybody’s expectations.”

Planets3 is set in a multi-player universe where players can shape their own adventure and visit multiple planets, each composed of nearly 30 trillion blocks.

The game packs breath-taking landscapes and environments that are achieved through voxel-based graphics and the “Long Distance Display Engine”.

Progress through the game is achieved through “levelling-up” their character, embarking on various story-driven quests, tool-building and habitation and vehicle crafting. All of these things contributing to ever-deeper exploration of the planets in the vast universe.

Planets3 also offers side quests allowing players to unlock secrets of the game’s world and to find special items only reachable in secondary storylines.