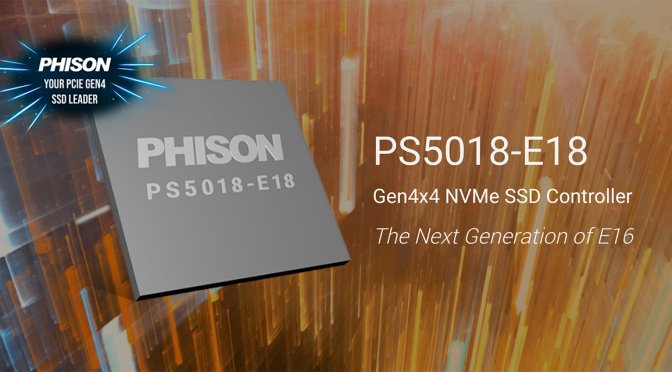 Last year Phison was the first company to introduce an SSD controller with a PCIe 4.0 interface, which allowed the company to capture most of high-end client and commercial SSD market.

But since the competition has been heating up in the storage industry and NAND market, Phison’s previous SSD controller the PS5016-E16 has recently been dethroned and outclassed by its rivals and industry peers (such as the Samsung 980 Pro M.2 NVMe SSD).

So Phison wants to stay ahead in the SSD market and the company recently teased its next-gen high performing E18 SSD controller, the PS5018-E18.

The PS5018-E18 is the company’s 2nd-gen controller for high-end client SSDs having a PCIe 4.0 x4 interface. It is based on three 32-bit Arm Cortex-R5 cores, having a CoXProcessor Technology, and made using TSMC’s 12 nm process node.

The controller can support eight NAND channels at a 1200 MT/s speed with 32 CE targets. The controller features Phison’s 4th-gen LPDC ECC engine and supports the NVMe 1.4 protocol. Phison claims that its PS5018-E18 controller can enable up to 7,000 MB/s sequential read and write speeds as well as 1,000K/1,000K read/write IOPS, but in fact the controller can actually hit even higher speeds, as evident from one benchmark test.

Tweaktown recently published a preliminary benchmark result showing that the controller can actually hit a sequential read speed of 7,381 MB/s and a sequential write speed of 7,025 MB/s in CrystalDiskMark 7.0.0. 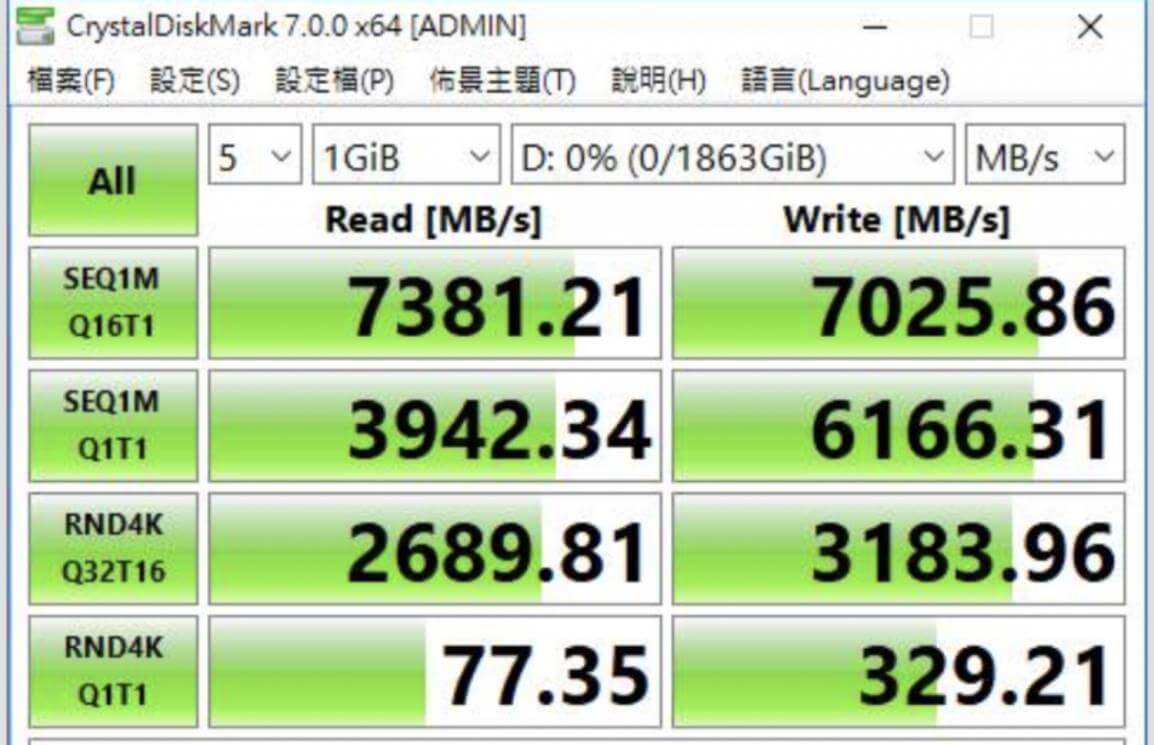 But do note that early benchmark results should always be exercised with caution. Furthermore, the CrystalDiskMark 7.0.0 bench tool only demonstrates the peak performance value. So it is not an indicative of performance in real-world applications.

Also, Phison offers its partners SSDs with different firmware and allows them to choose the version which might work best for them. So certain firmware versions may show extreme sequential write speeds for the SSD, and it does not mean the consumer and client SSDs are also going to offer a similar level of performance.

Nonetheless, the performance numbers for Phison’s PS5018-E18-based SSDs look promising. We’ve already seen Sabrent’s next-gen Rocket 4 Plus SSD screaming along at 7GB/sec, but the real-world results from the Phison E18 SSD controller shows past 7GB/sec, up to 7.38GB/sec.

Since the PS5018-E18 PCIe 4.0 x4 NVMe 1.4 SSD controller has neared the final stages of development, the company gave us an exclusive glimpse of its current capability. Phison’s test lab recently shared some impressive results, and we can see the E18 controller speeds in excess of 1.2 million IOPS, as shown in the screenshot below.

According to the company’s official document these results are based on a 2TB engineering sample sporting Micron’s 512Gb B27B 96-Layer TLC flash. 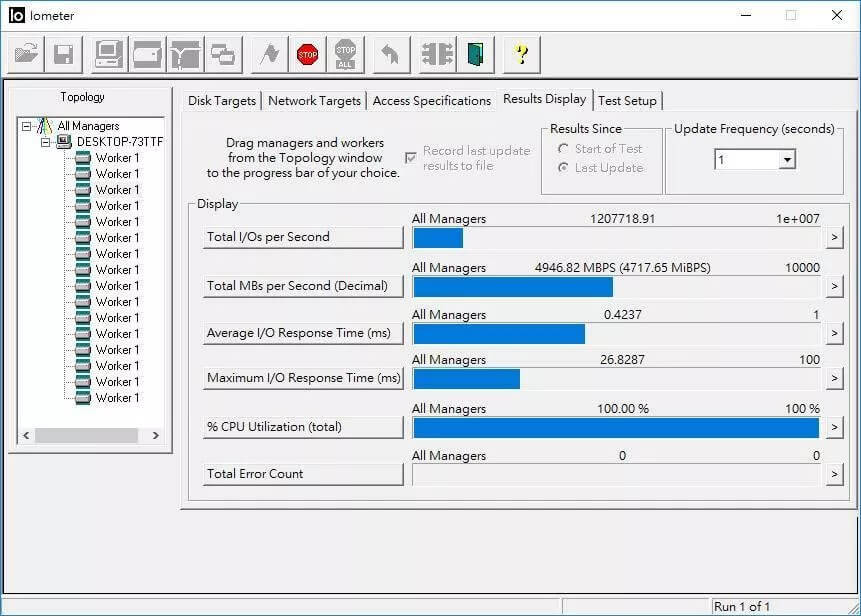 For context, Samsung and its powerhouse 980 PRO SSD with speeds of 7/5 GBps, has the ability to sustain 1 million IOPS, so Phison’s new controller seems to take the lead at least for now.

It remains to be seen whether the company will maintain its lead in the high-performance SSD market segment in the coming months. Phison is currently sampling its SSDs powered by the PS5018-E18 controller to its customers. 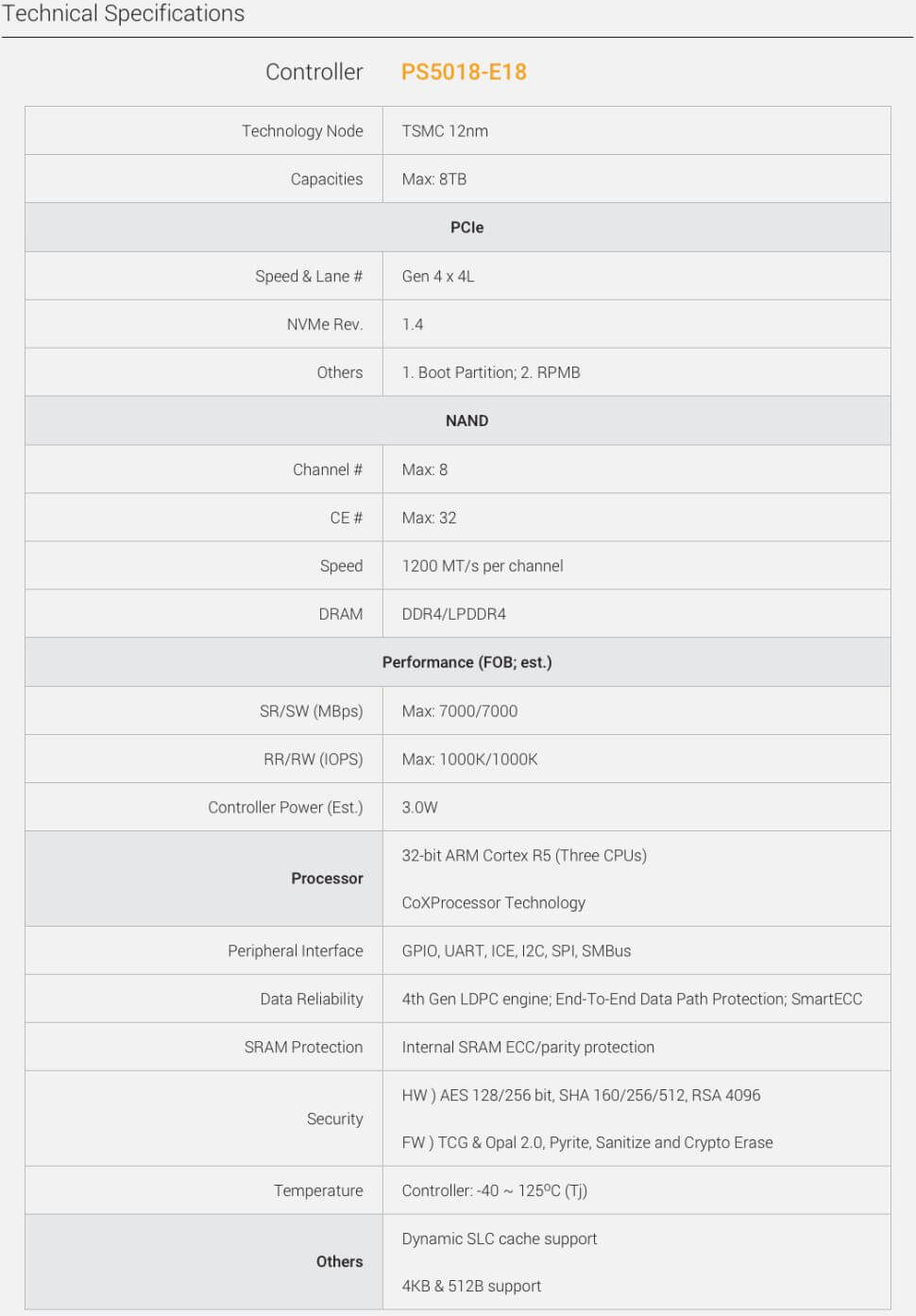