Electronic Arts has issued its Q1 and Q2 2016 financial stats and as we can see, PC remains a really profitable platform for the big publisher. According to EA’s stats, the PC GAAP net revenue was 23% in Q2 2016 and 21% in Q1 2016, whereas the current-gen (PS4 + Xbox One) GAAP net revenue was 41% in both Q1 and Q2 2016. If we assume that PS4 and Xbox One have the same sales, then PC is the leading platform for the company’s GAAP results.

However, we all know that PS4 sales are greater than Xbox One sales, so a more accurate picture would be PS4 leading the way, with the PC following in second place and Xbox One in third place. 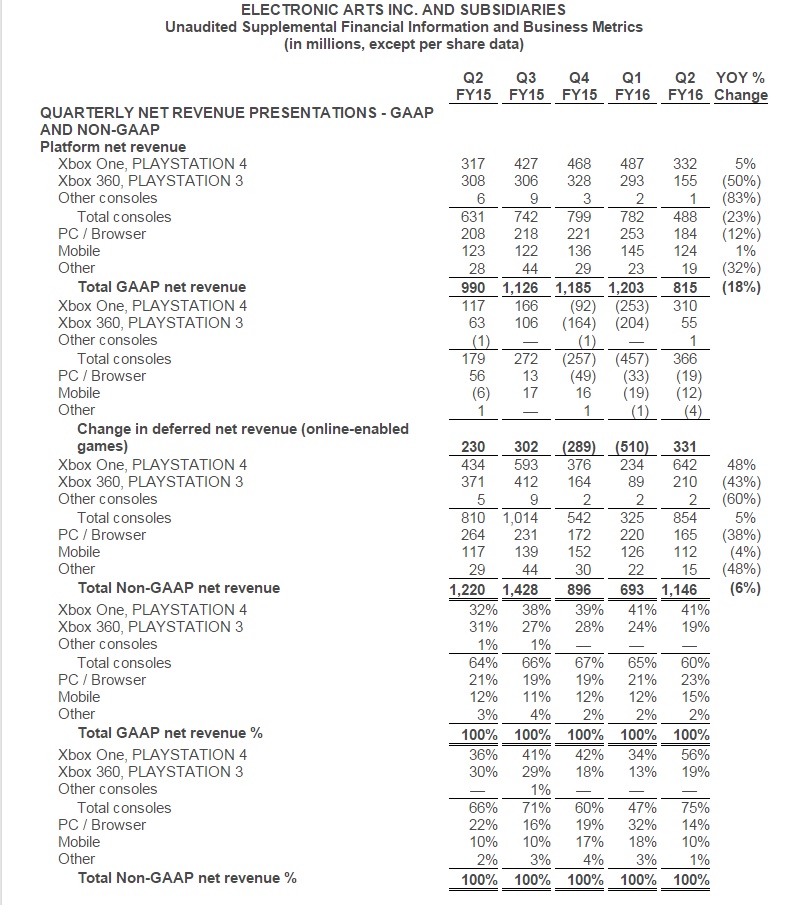 In short, the PC platform brought EA $184 million, whereas both of the current-gen consoles were responsible for $332 million (GAAP results) in Q2 2016. And that alone proves that PC is a profitable platform for EA.