Now this is just awesome. Serious Sam : The Retro Encounter is a Serious Sam 3 mod for Doom 2 that looks remarkably amazing. Since this is a Doom 2 mod, everything is made of 2D sprites. The mod is being made by SeriousZone forum member ‘Batandy’ and ‘Duke_Nume’ and is basically a tribute to Croteam’s latest Serious Sam game and the team is trying to make it as similiar as it can to The Second Encounter.

This means that Serious Sam : The Retro Encounter will contain other games’ cliches, and some of the best DM maps taken from TSE. Furthermore, the mod will be a mix of sam and doom, some enemies are sam’s enemies, while others are doom’s enemies.

Since this is a Doom 2 mod, players will need DooM 2’s  wad, Skulltag DooM Sourceport and an internet connection if they want to jump in the Multiplayer arena.

The team is currently finishing the design of the mod’s monsters and further polishing it. No ETA has been announced as of yet.

Enjoy the following screenshots and videos! 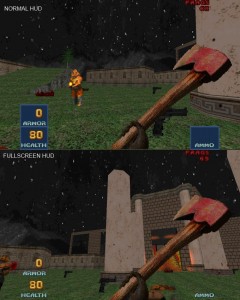 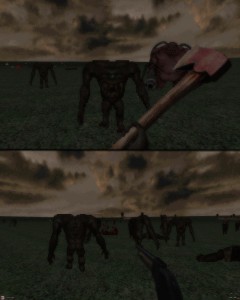 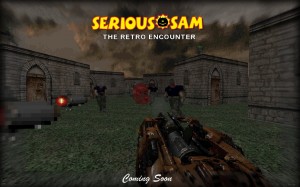 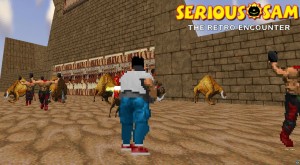