Dreampainters,an Italian indie team, sent us word about their new 3D adventure game, called Anna. The team is set up by Simone “Karat45” Tagliaferri (design), Davide “3David” Del Sorbo (graphics) and the rest Dreampainters team (programming). And although I’m not a real fan of adventure games, I’m shocked at the screenshots that accompanied Dreampainters’ mail. Make no mistake, this is a gorgeous looking game and it’s amazing what the team has managed to achieve.

Anna is based on real footage taken from the D’Ayas Valley, in Valle d’Aosta, an Alpine region in north-western Italy and its plot follows an authentic folklore tale, directly recorded by the team first hand from several village elders and historical documents alike.

Anna is a short adventure game set in and around an old sawmill near Champoluc and Periasc, a real-world environment that Dreampainters has managed to faithfully recreate. The game features six, highly detailed locations to explore, in which your alter ego should navigate a wide range of situations, ranging from solving puzzles to facing the eerie presences that haunt the surroundings.

Depending on the mental status of your character (which is determined by your actions), you’re tasked with navigating your way through ever-changing places along with their well hidden clues, eventually leading you to one of three possible endings.

Anna will be priced at a budget tag and has been designed as an interactive three-hour singleplayer horror experience.

The game is a PC exclusive, featuring state-of-the-art models and shaders that take advantage of the latest technologies available to Dreampainters through the power of new developments in graphics hardware. 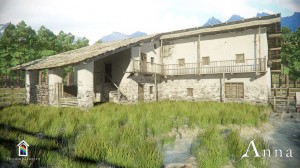 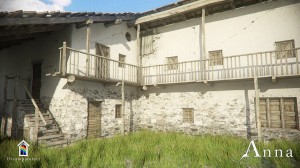 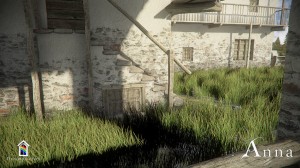