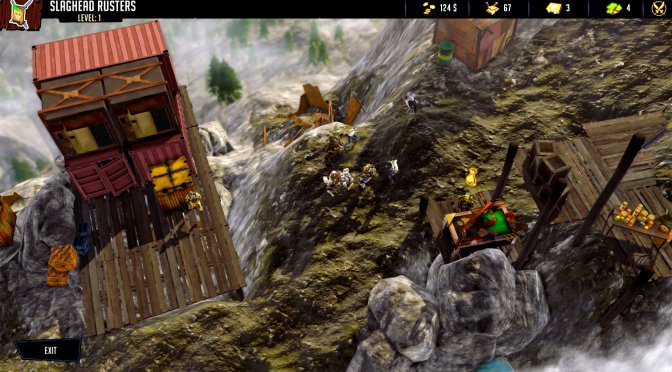 Fatshark and Blackfox Studios have released a free demo for their post-apocalyptic turn-based game, Dreadlands. PC gamers can head over to Steam and download the demo from the game’s official Steam store page.

As the press release reads, the demo allows gamers to sample the joys of strolling the post-apocalyptic landscape of Dreadlands, heavily armed of course, to take on the nefarious gangs, creatures and other toxic entities that dot the wretched hive of villainy.

Set in a living post-apocalyptic shared world, the full release version on Steam allows players to explore Dreadlands by traveling across its many regions with their misfit gang of miscreants and mercenaries. Players can frequently encounter and interact with each other, and sometimes cooperate in Dreadlands. Moreover, they can pick bloody fights in bloody PvP battles.

“The demo gives players a great opportunity to see the amount of work we’ve put into enhancing the player experience based on the amazing feedback from the player community during Early Access. Visuals, U.I, balancing, passive and active skills as well as weapons and more have all undergone a nip and tuck to make Dreadlands a competitive turn-based tactical skirmish game”.

Dreadlands came out on the PC in March 2020, and currently has Mostly Positive Reviews on Steam.