Konami has announced financial results for its fiscal 2015 first quarter ended December 31st. According to the Japanese publisher, its PC sales increased by 8%, surpassing even those of Xbox One. Konami’s best selling platforms are still Sony’s consoles, however we can now safely say that PC is a viable platform for Konami. 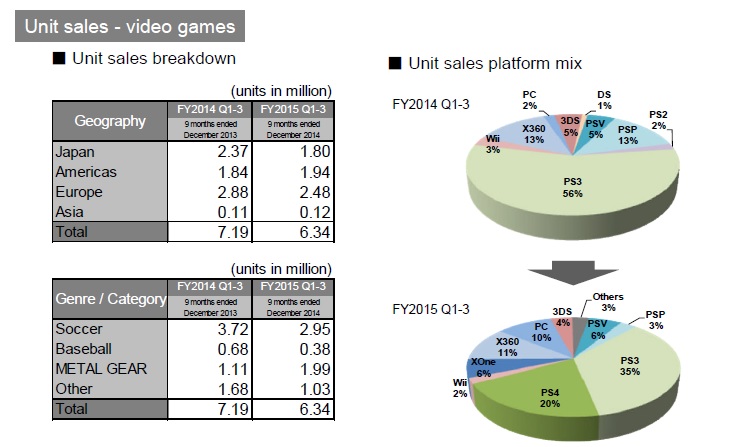 Good news also for all Metal Gear fans as the latest part of the Metal Gear Solid franchise (which is basically a demo but let’s overlook that) has sold solid. As Konami noted, the game’s sales on the PC were solid, though the Japanese publisher did not reveal any sales figures. Still, this proves that it was a wise decision to bring a polished version of it was well worth it.

All in all, it’s good witnessing such a significant increase. It will now be interesting to see whether Konami will put even more effort on its PC titles, and whether the PC version of The Phantom Pain will be released alongside the console versions.