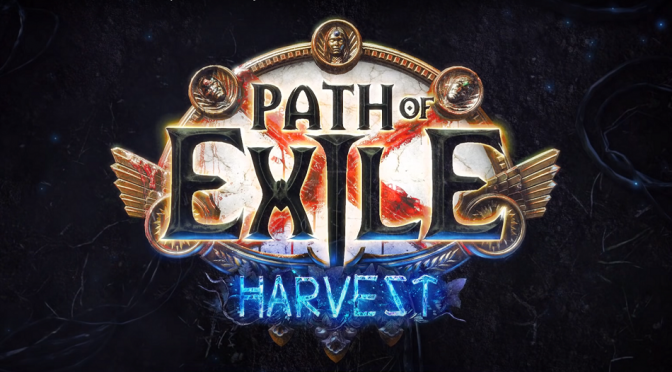 Grinding Gear Games announced that the latest expansion for Path of Exile, Harvest, will launch today for the PC at 1PM PDT.
Path of Exile: Harvest introduces a Oshabi who has enlisted your help in cultivating the Sacred Grove, an ancient garden of mysterious powers. Seeds can be planted within the grove and when ready to harvest, will produce dangerous monsters.

Players will slay these monsters in order to wield their Lifeforce as a powerful crafting resource and to help other exotic crops in their growth. Furthermore, a bountiful harvest can unlock powerful crafting options that are unmatched by any past expansion.

“One of our favorite aspects of the Harvest League is its crafting system. We have really leaned into designing a crafting system which is much more powerful, accessible and unique than any we have made before. We can’t wait to see how Path of Exile players push the potential of Harvest’s powerful crafting to its limits.”

Here are the key features for Path of Exile Harvest:

As we’ve already reported, and in case you didn’t know, Path of Exile now supports the Vulkan API.