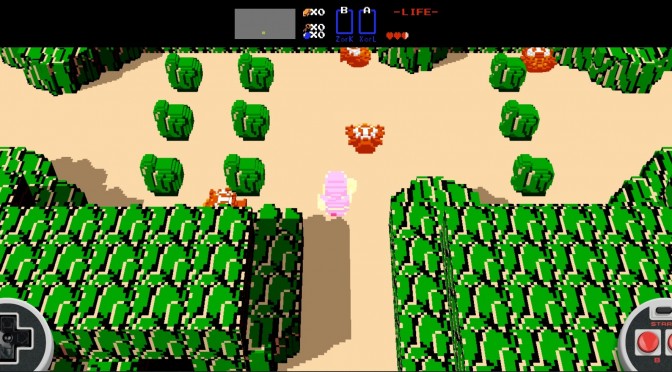 A team of Zelda fans has recreated the first classic Zelda game. Zelda30Tribute is a free to play fan made 2.5D Tribute celebrating 30yrs of The Legend of Zelda. This game is playable in your browser, uses voxels, and looks bloody retro-gorgeous.

We suspect that Nintendo will take it down as soon as it finds out about it, so make sure to visit its official website and play it while you still can.

Do note that this is a WIP project. The game currently features three dungeons and its stores economy does not work as of yet.

The team aims to improve it, add new dungeons and stuff, and fix the bugs/issues that plague this classic fan remake.

As said, we suspect Nintendo to send a C&D letter in due time, so waste no time and start playing it!