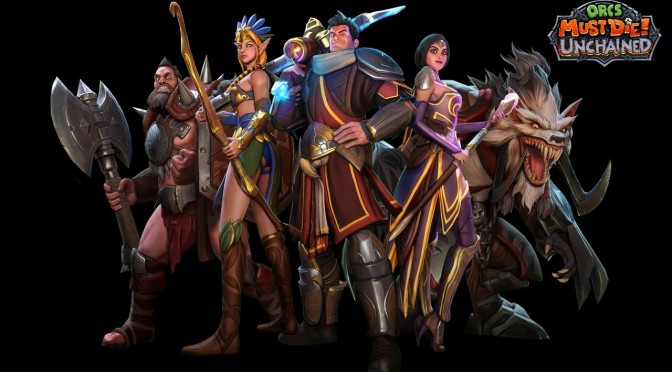 For the first time in Orcs Must Die!, teams of players are responsible for both sides of the battle – building traps to stop the enemy assault AND summoning their own armies to lead against the enemy defence.

“Fans of the bestselling series may have already guessed so: our collaboration with Robot Entertainment relates to Orcs Must Die! – critically acclaimed and bought in the millions. Orcs Must Die! Unchained is online and multiplayer – just the way we like it. The next step in our triple A strategy!”

“We’re incredibly excited to greatly expand the universe and style of gameplay in Orcs Must Die!. After the first game, fans told us they wanted cooperative gameplay, and we were thrilled to deliver it in Orcs Must Die! 2. After the sequel, we heard the cry for competitive gameplay. Orcs Must Die! Unchained is an answer to that and much more. It’s a realisation of Robot’s ambition for what the franchise could ultimately become. It’s bigger, deeper and meatier. We hope fans enjoy playing it as much as we have enjoyed testing it.”

The game will be available for free digital download on PC at launch in late 2014.