Players begin each Endless level with a starter allowance, and they’ll rely on clever trap placement and expert combat skills to earn more trap money and hold back the mob as long as possible. Every five waves, a golden-armored Ogre affectionately named Mr. Moneybags will rumble through the level. Players who manage to kill Mr. Moneybags before he escapes the level will be handsomely rewarded with more money for traps. Endless mode features all of the same performance and bonus skull unlocks that are found in the campaign levels. This makes Endless Mode an exciting new option for players to earn precious skulls for upgrading their traps, spells, weapons, and guardians.

Orcs Must Die! 2 begins days after the ending of the original game. With the rifts closed and the magical Order dead, the War Mage finds himself suddenly thrust into a new battle against the mindless orc mob. He has a powerful, if questionable, new companion in the Sorceress, an ex-War Mage responsible for the destruction of the Order. Orcs Must Die! 2 will be available on Steam on July 30th, 2012.

•Co-Op! – Play as the War Mage, the headstrong hero who charges into danger, or play as the more strategic Sorceress who keeps the mob at bay with mind-control and magic.
•Story-based Campaign – Pick up where the original game left off with a brand new story-based campaign that you can play in Single-Player or Co-Op!
•Endless Mode – Play alone or join a friend to put your skills to the test against endless waves of increasingly difficult enemies.
•Over 20 Deadly Enemies – Face a n army of vile new creatures like Earth Elementals, Trolls, and Bile Bats. And they’ve brought all of your favorite trap-fodder from the original Orcs Must Die! along with them!
•More than 50 Traps, Weapons, and Guardians – Choose from an enormous armory of new and classic defenses, including an all new assortment of magical trinkets.
•Massive Upgrade System – With more than 225 persistent trap and weapon upgrades to unlock, you can build an arsenal perfectly suited to your slaying style.

Orcs Must Die! 2 is an action-strategy game that challenges players and their friends to team up and defend a world constantly under siege. Orcs Must Die! 2 will be available exclusively as a digital download on personal computers this summer. Players who want to get their hands on a playable version of Orcs Must Die! 2 can visit Robot Entertainment at booth 401 during Rooster Teeth Expo on July 7th and 8th in Austin, Texas. 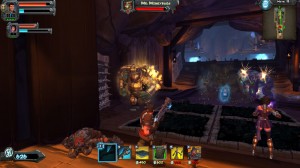 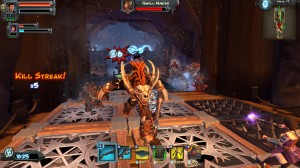 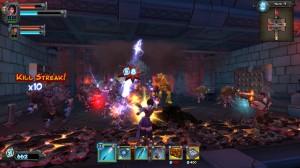 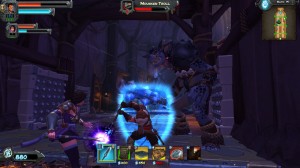 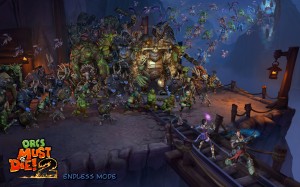