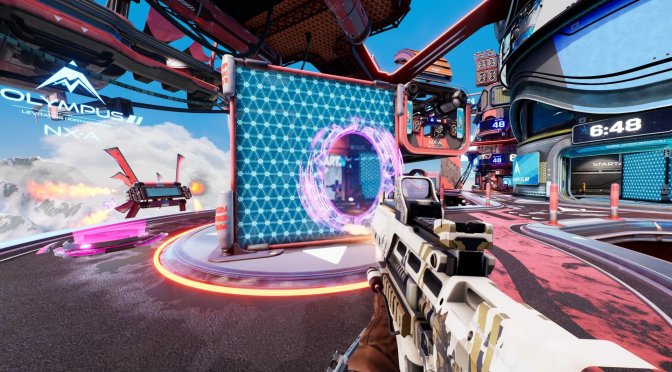 1047 Games has launched the open beta phase for its F2P sci-fi themed multiplayer shooter, Splitgate. In order to celebrate this launch, the team also released a new gameplay trailer that you can find below.

Featuring cross-play and cross-gen gameplay on PC, Xbox, and PlayStation, fans are able to get a sneak peek at what awaits them later this month as they squad up, drop in, and start fragging.

The beta includes a sneak peek at one of the new maps coming at launch on July 27, a limited-time beta battle pass with 10 free tiers of unlockables available to earn only during beta, a new gamemode called Showdown, and more.

Splitgate will feature grindable challenges, leaderboards, and over a dozen casual and competitive game modes. Additionally, it will launch with more than 20 maps. Each of these maps will have its own unique setting and play style. The maps include a research facility inside an active volcano, an underwater luxury hotel, an alien crash site, a futuristic treehouse, an abandoned mine, and much more.