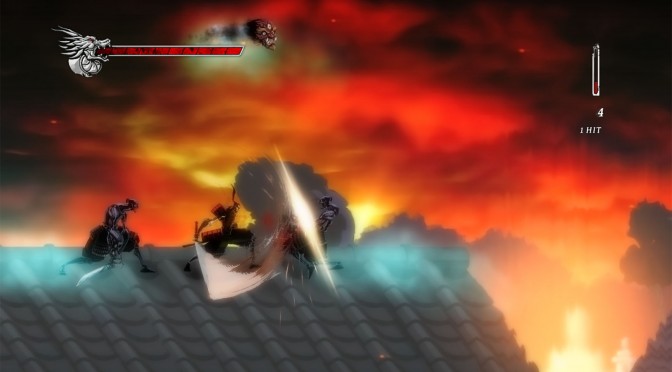 As the press release reads, in Early Access players will be able to experience the first two levels of the game using all four weapons, over 50 moves, five challenging enemies and an epic boss battle.

Developed by Digital Furnace Games, Onikira: Demon Killer is a 2D side-scrolling beat ‘em up set in a fantasy feudal Japan. The player takes on the role of Yamazaki Jiro, a samurai fighting to prevent the forces of the Japanese underworld, Yomi, from breaking through into the world of the living.
?
Onikira: Demon Killer takes the deep fighting mechanics of traditional 3D beat ‘em ups and merges them with classic 2D platformer mechanics.

Here are the game’s key features for its final version:

Soul Shop – souls are the currency of Onikira. Use them to revive your health and trade them. At certain points inside each level, the player will find rifts into Yomi where benevolent spirits will trade moves for collected souls.
?
Challenge Arenas – players complete combat related challenges and improve their score and skill to gain achievements. The arenas are fully integrated into Steam’s online leaderboards.
?
Specific enemy types – with their own unique vulnerabilities, every enemy emphasises a particular fighting style, like a floating, possessed Mempo mask that encourages the use of air game or a monstrously twisted high-ranking samurai, where hit and run tactics are the best way to stay alive.