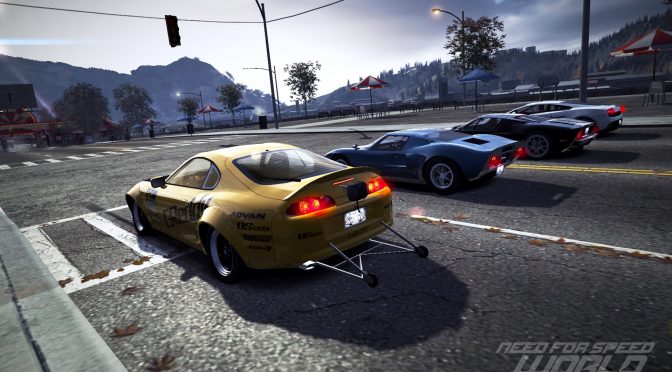 Back in 2015, Electronic Arts shut down the official servers for the online racing game based on the Need for Speed franchise, Need For Speed: World. However, PC gamers will now be able to play this racing game in offline mode as an offline server mod has just been released.

Created by modders berkay2578 and Nilzao, this offline server mod will allow you to have the full control over your game with a customizable, fully functioning local offline server.

According to the berkay2578, this is a modified release of the last stable build(v1.9) published by the original development team. This modified version was released by Keule306 in 04/02/2017 and almost all functionality in the game is restored and is working properly, except of the following features:

I’m pretty sure that the fans of Need for Speed World – if there are any at this point – will appreciate this mod. If you are one of them, you can go ahead and download it from here.

berkay2578 claimed that you will need Java, otherwise the mod will not work. Once you’ve downloaded it, you’ll have to extract the mod archive, run ‘nfsw1930.jar’, click on ‘Change exe game path’, browse to your game installation folder and select nfsw.exe. And then you will be able to launch the game in offline mode.

I strongly believe that developers/publishers should start offering these offline modes for every online game they are shutting down (at least for preservation purposes and for younger gamers to at least try the cancelled online games).