The official Call of Duty: Ghosts trailer was released yesterday. Naturally, some people were excited about it, while other felt that those visuals could not compare with those of Crysis 3 or even Battlefield 4. And it appears that COD: Ghosts’ lighting system is seriously messed up at its current state.

Our reader ‘Thomas’ has sent us this image, highlighting some interesting features. As we can clearly see, there are sun shafts at places where they should not. This particular scene can be noticed at the 0:26 mark point, and we’ve checked it ourselves to verify that the bright light source at the center of the screen is the sun. 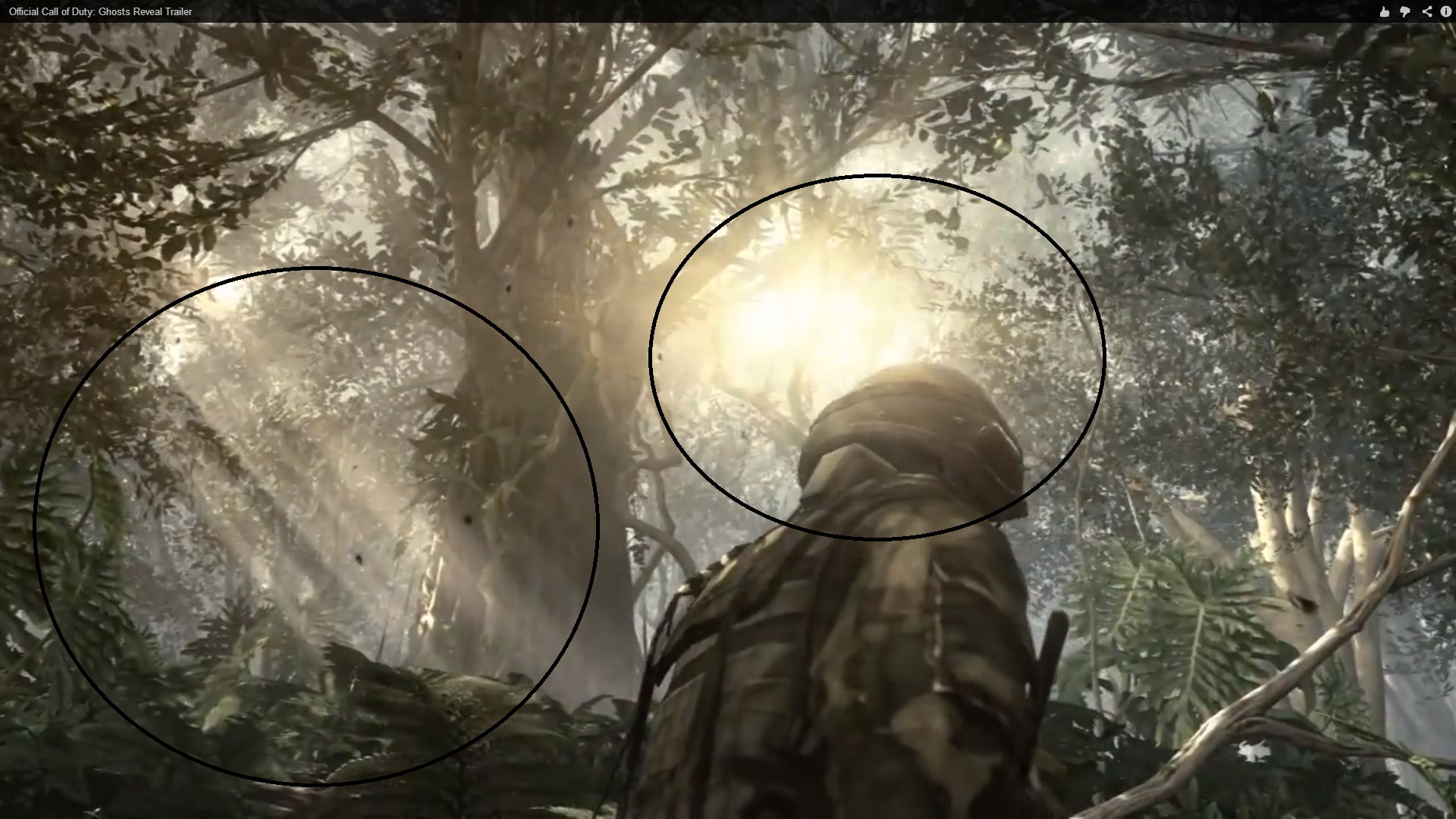 As you can see for yourselves, this is definitely the sun. And the big question is how come those sun shaft are appearing at places where they should not. Even the direction at which they are being casted is wrong. Of course that wouldn’t be the case if the game was taking place in a different solar system with three or four suns (resulting in multiple lens flares and sun shafts that could easily blind all of us).

Our only guess is that Infinity Ward has used those sun shafts on purpose, in order to wow its fans. However, the fact that this ‘fake’ effect has been spotted makes us a bit worried about the whole visual level of Ghosts. And it seems that Infinity Ward will try to push as many post-processing effects as possible in order to hide things or shortcomings.

Let’s also not forget that this engine is an augmentation of its previous engine, and is going to compete with both Frostbite 3 and CryEngine 3. And the fact that we can easily notice those shortcomings is not appealing at all. Of course this can – and possibly will – be fixed, so the big question is whether Infinity Ward is aware of that issue (if we’re talking about a bug) or not. If, on the other hand, those sun shafts were used on purpose… well… why limit them to those few? Let’s use sun-shafts in all trees, shall we?

Infinity Ward has not responded yet on this issue, but we’ll be sure to update the story once – and if – it  does.