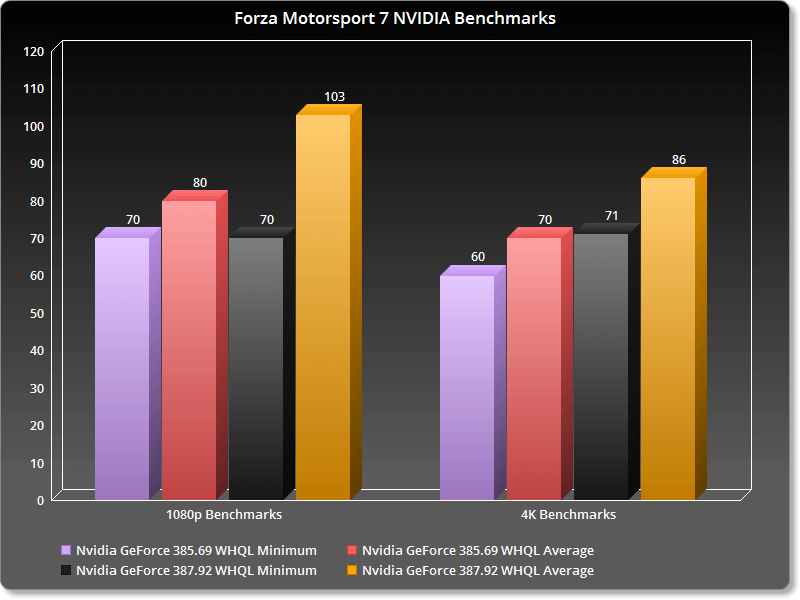 For the record, this new driver does not resolve the game’s awful stuttering issues. These issues will be fixed when and if Turn10 releases a new patch for the game. And to be honest, right now Forza Motorsport 7 can become really unplayable due to its severe stuttering issues.

All in all, NVIDIA did a great work here as we’re witnessing a significant performance increase thanks to this new driver. Here is hoping that Turn10 will now resolve all the remaining Forza Motorsport 7 performance issues.