NVIDIA officially revealed yesterday its Ampere RTX 30 series graphics cards. The top of the line product will be the RTX3090 which will cost $1499 and will be the new Titan GPU. And NVIDIA has just released some first-party gaming benchmarks in 8K resolution.

According to these benchmarks, the NVIDIA GeForce RTX3090 will be able to offer an average of 60fps in 8K. That is obviously in games that support DLSS. Still, and perhaps for the first time on a single GPU, 8K gaming will be possible. 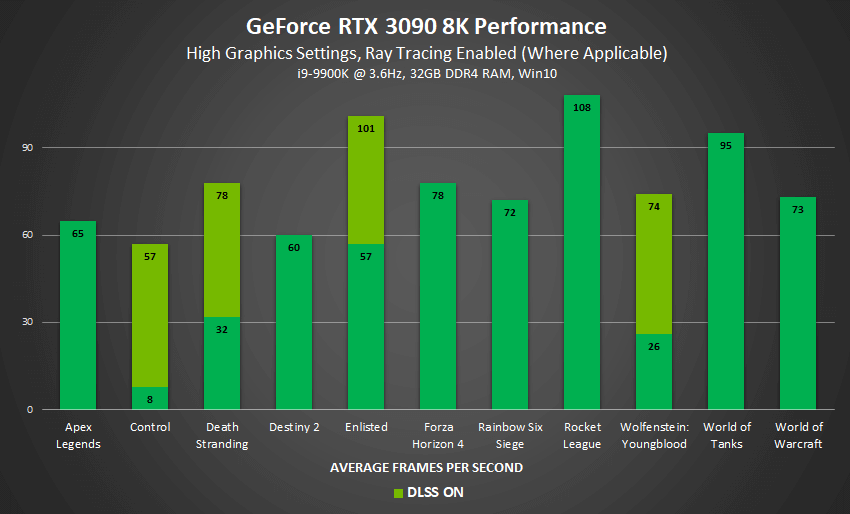 Needless to say that the NVIDIA GeForce RTX3090 will be a beast. This GPU will be almost double the price of the RTX3080, and we don’t even know how much the custom models will cost.

NVIDIA has also confirmed that there will be third-party reviews/benchmarks for its Ampere GPUs. However, these reviews are embargoed and we don’t know when these embargoes will be lifted.