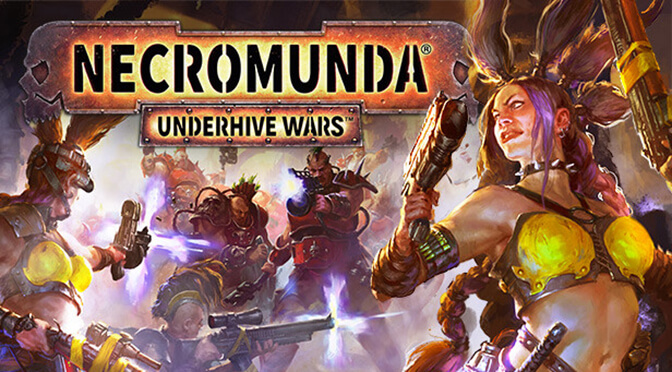 Necromunda: Underhive Wars is a third-person tactical RPG developed by Rogue Factor and published by Focus Home Interactive. This is an action-packed tactical game with deep roots in the Games Workshop’s iconic license.

This is a game of gang warfare, involving the three great gang houses of Necromunda. The Escher, the Goliaths, and the Orlocks. Each house offers different talents and specialties.

The Orlocks are specialized in ranged combat with incredible accuracy. They also own key industrial areas in the Underhive, which makes them the richest gang of them all.

The Escher are a gang solely made of female members. They control the majority of the chem and stim production within the Underhive. They prefer melee weapons, which makes perfect sense for such a psychotic gang.

Lastly, the Goliaths are the muscle of the Underhive. They are gene-forged monsters of humans, who basically don’t give a crap for subtlety, and will happily attack anyone with any sort of big-ass weapon.

Players are free to choose which gang they want to join. Also, the game promises to offer players ‘endless customization’ regarding guns, careers, color schemes, perks, stats and so on.

Below you can watch ten minutes of gameplay from Necromunda: Underhive Wars.

Necromunda: Underhive Wars will be released on September 8th.