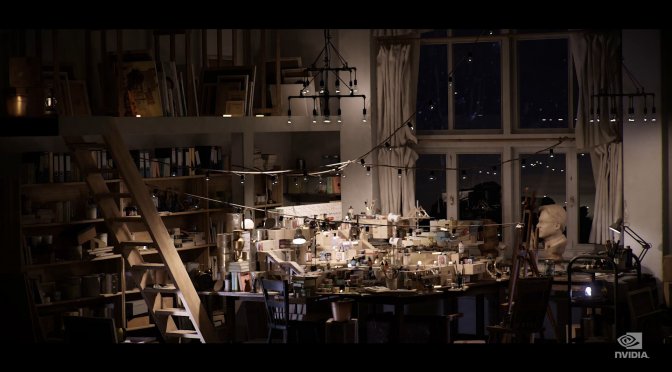 During its September 1st Ampere event, NVIDIA showcased a new real-time ray tracing tech demo, Marbles at Night. This tech demo was running on a single RTX3090 at 1440p and with 30fps. And, as you will see, this is what future PC video-game graphics will look like.

NVIDIA Marbles at Night RTX is a fully playable physics-based game. Unfortunately, though, NVIDIA has not released it to the public. We also don’t know whether the green team has any plans to ever release a demo of it.

This demo has hundreds of dynamic ray-traced lights and over one hundred million polygons. Furthermore, the demo showcases photorealistic real-time graphics, and supports both NVIDIA’s Omniverse and DLSS techs.

Additionally, Marbles RTX creative director Gavriil Klimov created a small ‘Behind the Scenes’ video. This video gives us a glimpse into the process that the team used to create Marbles at Night.