Last month, Blizzard revealed the initial PC system requirements for World of Warcraft: Shadowlands. Those specs had an SSD for the game’s minimum PC storage requirements, something that – obviously – puzzled a lot of gamers. Thus, Blizzard has updated the PC requirements for Shadowlands, and you can find these new PC specs below.

According to the team, PC gamers will at least need an Intel Core i5 3450 or an AMD FX 8300 with 4GB of RAM. Blizzard has listed the NVIDIA GeForce GTX760, the AMD Radeon RX 560 and the Intel UHD 630 as the minimum required GPUs. Also, the team has not listed both an SSD and an HDD for the game’s minimum PC storage requirements.

Lastly, you can find some ray tracing comparison screenshots here.

World of Warcraft: Shadowlands will release on October 27th! 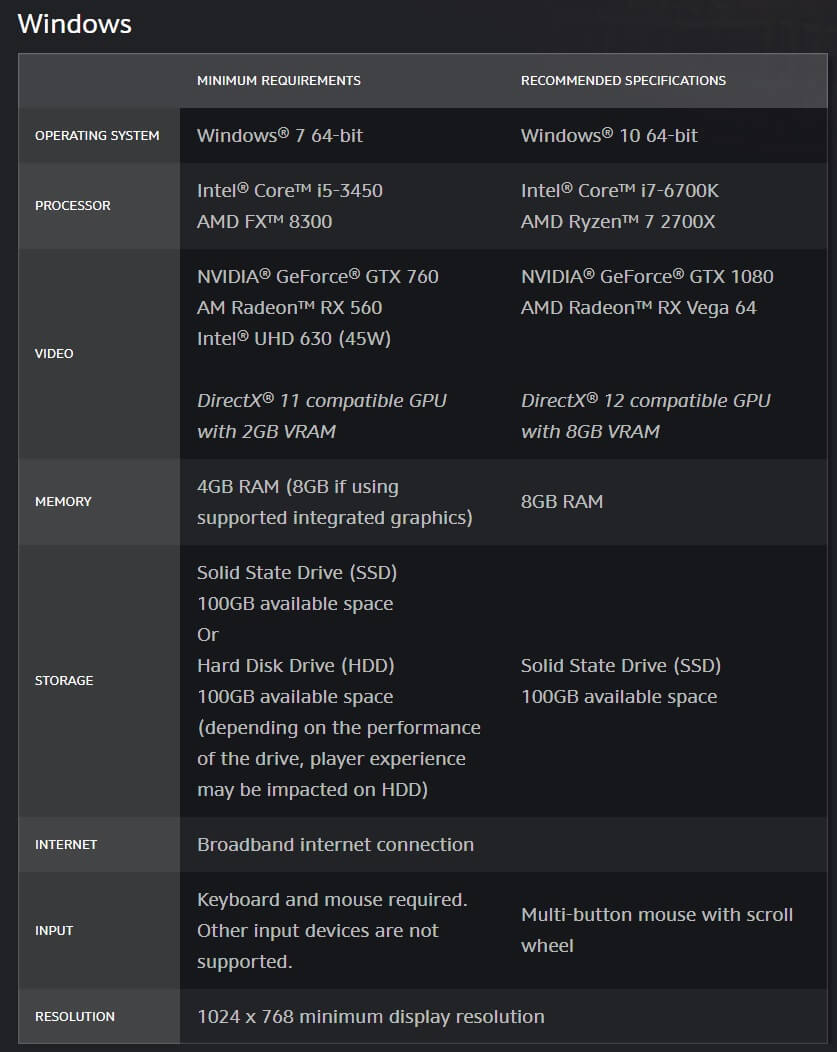