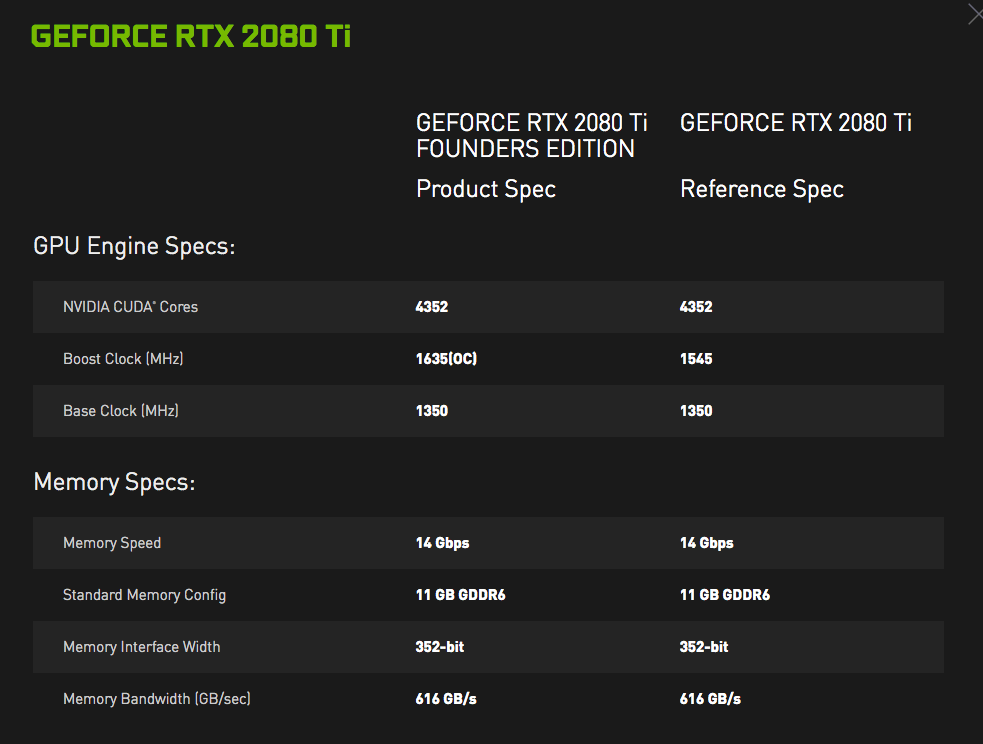 On the other hand, the GeForce RTX 2080 will feature 256-bit memory and 8GB of GDDR6, will come with 2944 CUDA cores and will theoretically offer a maximum bandwidth of 448 GB/s. Its base clock will be at 1515Mhz and its Founder’s Edition can be turbo boosted at 1800Mhz.

Last but not least, here are the full PC specs for the NVIDIA GeForce RTX 2070 (which will be priced starting at $599)! 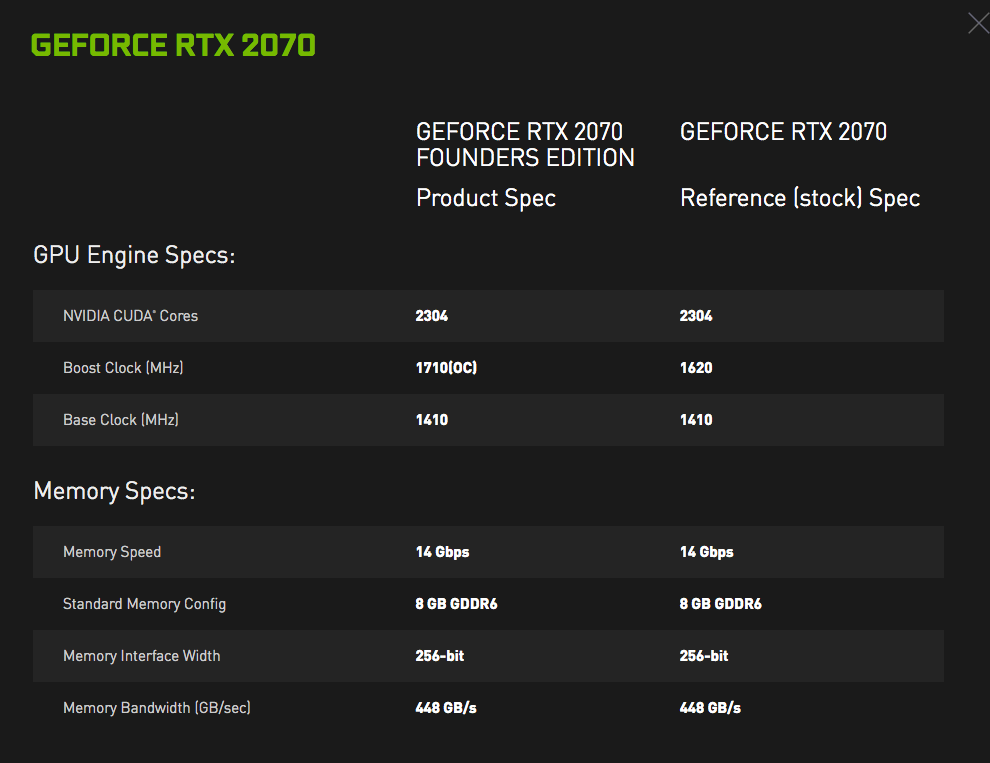 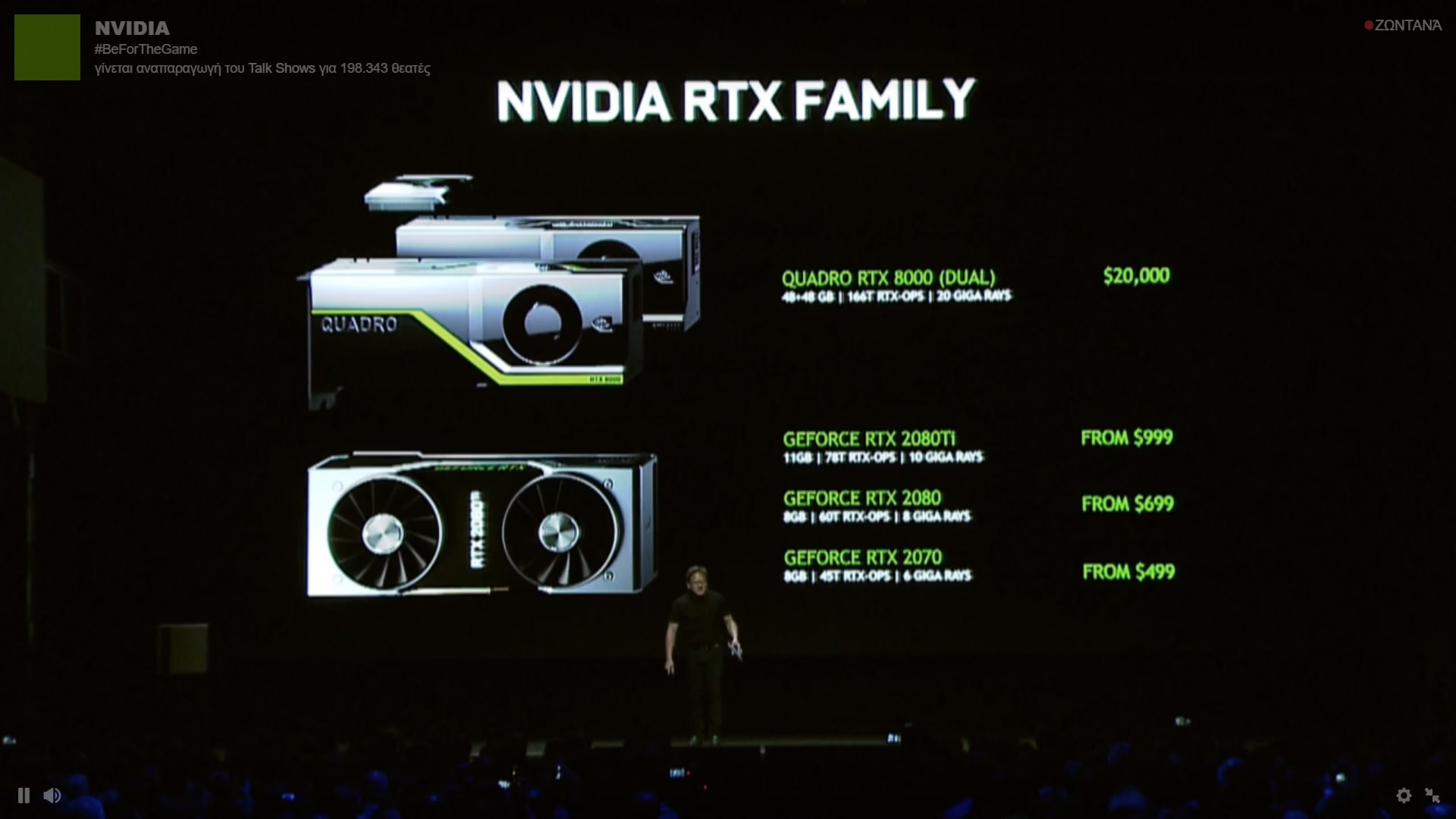