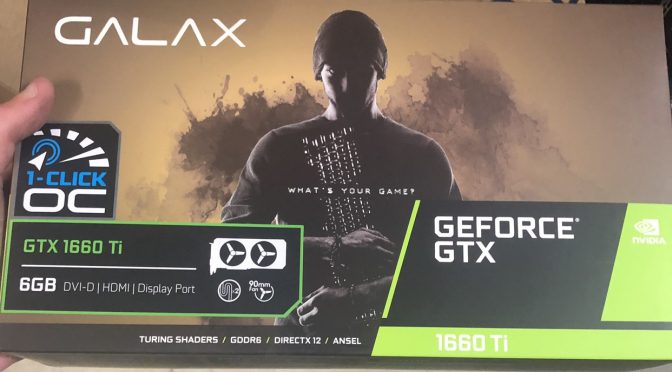 Back in January, we informed you about a possible release date for the rumoured NVIDIA GeForce GTX1660Ti graphics card. While reports suggested that this unannounced GPU would come out on February 15th, we have now new information suggesting that this Turing graphics card will come out one week later, on February 22nd.

Now let’s get this out of the way; the NVIDIA GeForce GTX1660Ti is real. Palit and EVGA have already confirmed that they will release their custom versions for it, and below you can find their packages (courtesy of Videocardz).

EVGA and Palit have not confirmed any prices but according to earlier reports, the NVIDIA GeForce GTX 1660Ti will come with an MSRP of $279. Moreover, and as its name suggests, these cards will be based on the Turing architecture but will not support ray tracing.

Last but not least, and even though there aren’t any gaming benchmarks yet, the NVIDIA GeForce GTX 1660Ti is said to be faster than the GTX1060.