On the other hand, AMD is steadily increasing its CPU market share. The red team was able to increase its market share by around 1.2%. So, while Intel is still dominating the CPU market, AMD is at least (slowly but steadily) gaining some ground.

Below you can find the full Steam Hardware & Software Survey results. 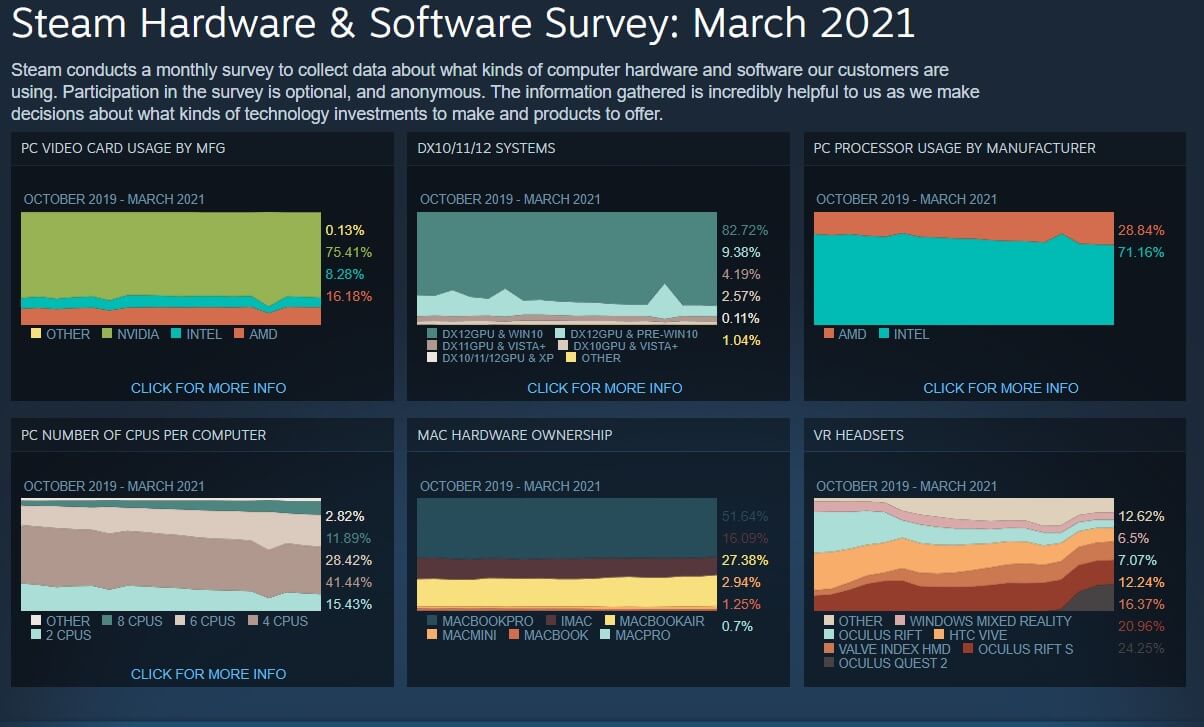 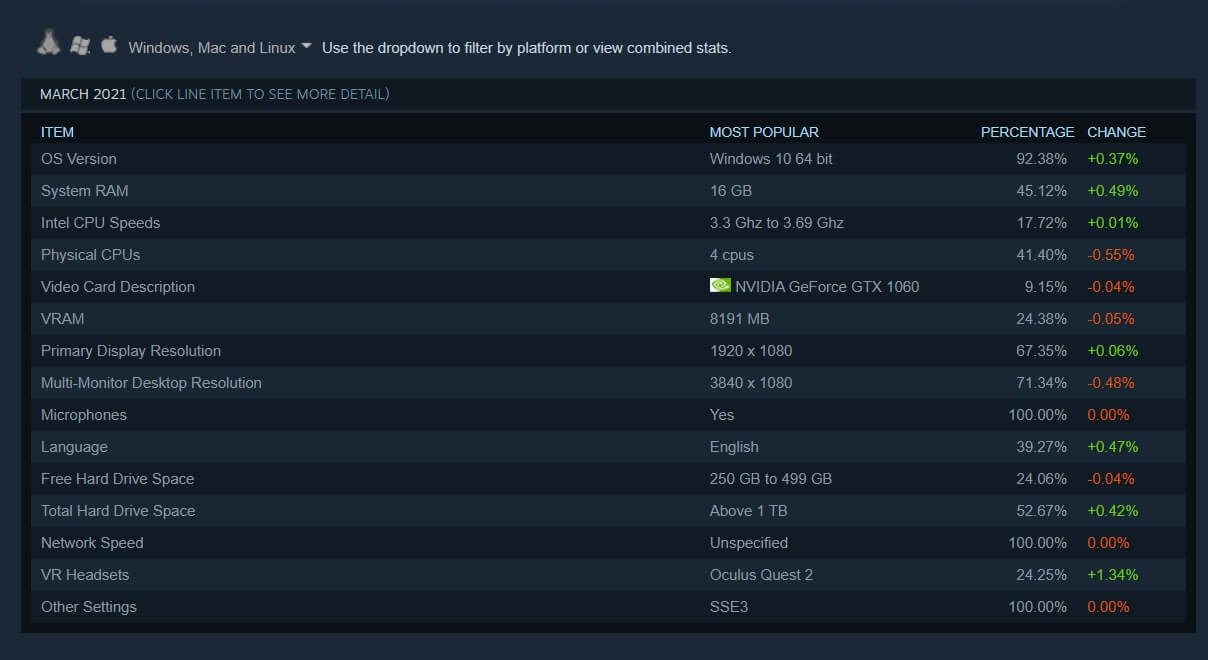