Now while things are looking great for the AMD CPUs, things are not as hot as you’d expect when it comes to the AMD GPUs. In November 2016, 23.46% of the Steam-survey takers were using an AMD GPU. However, in 2020, only 16.5% of Steam users are using an AMD GPU. It will be interesting to see whether things will change now that AMD released its new RX6000 series GPUs.

Below you can find the full Steam Hardware & Software Survey results. 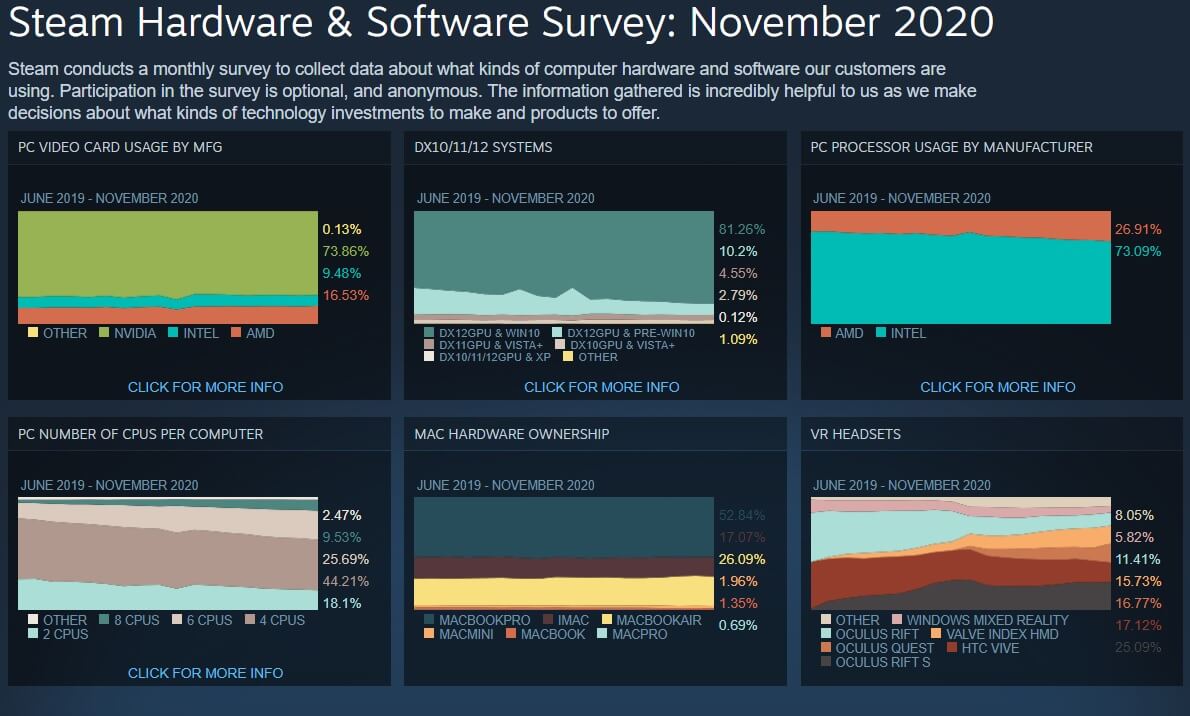 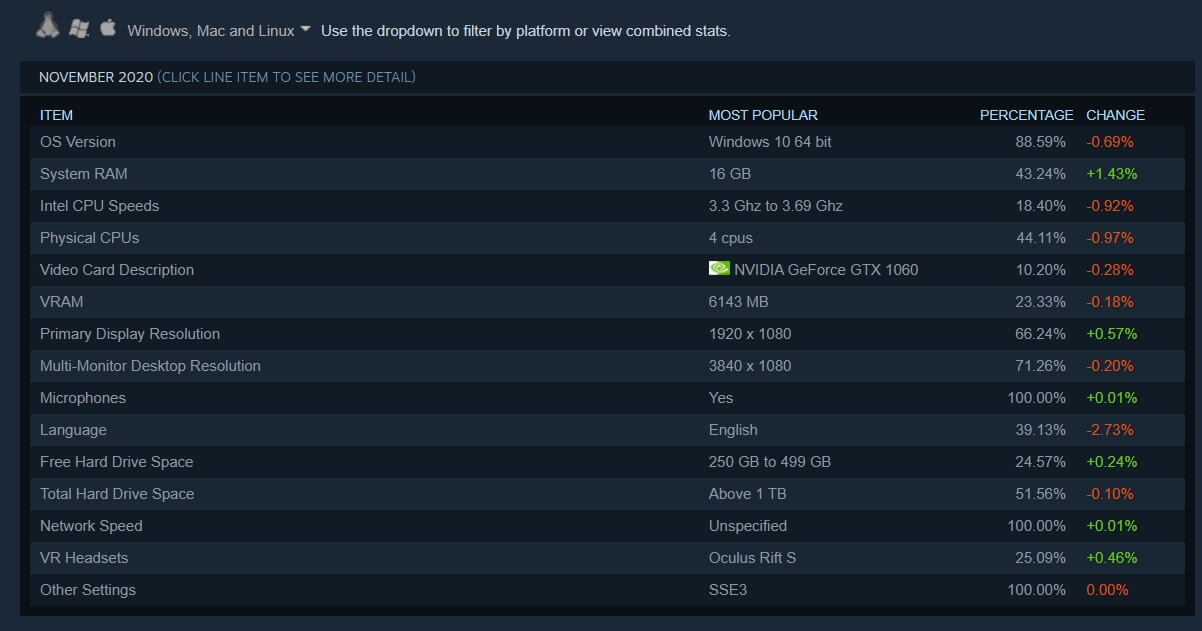