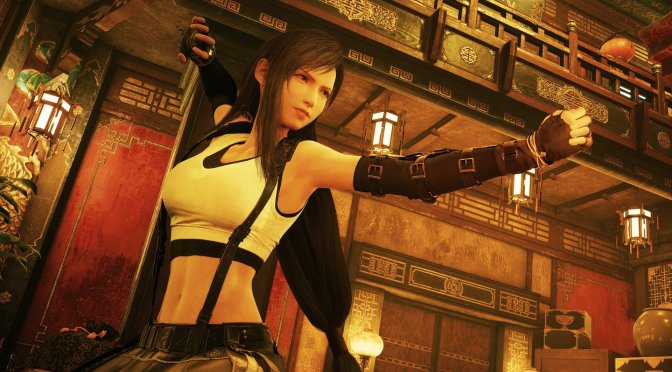 A new mod surfaced today for Final Fantasy 7 Remake, claiming that it can enable native Ray Tracing effects for it. The mod claims that by using it, you’ll have Ray Tracing reflections, Global Illumination, Ambient Occlusion and Shadows. However, that’s not true and this mod does not enable anything at all.

For starters, in order for a game to use Ray Tracing effects, the developers must create new RT assets. In Final Fantasy 7 Remake’s case, Square Enix has not created anything. As such, there is nothing to enable here. You can’t simply enable Ray Tracing by enabling some Unreal Engine 4 values. If that was the case, most developers wouldn’t be spending a lot of their time creating and optimizing their RT effects.

In reality, what this Ray Tracing Mod does for Final Fantasy 7 Remake is absolutely nothing. The modder simply discovered the config values for Ray Tracing that Unreal Engine 4 uses and enabled them. That does nothing as there isn’t any RT content at all here to display.

The only way via you can enable Ray Tracing right now is via Reshade. As we’ve already said, Reshade is only using depth information available in screen space in order to provide these “path tracing” effects. Furthermore, Reshade does not know the light direction which may lead to some “inaccurate” effects. Still, it can enhance the game’s Global Illumination and Ambient Occlusion effects.

Now while this mod does not do anything, we can confirm that the “No Dynamic Resolution Scaling” mod works. As such, we’ll be using this mod for our upcoming PC Performance Analysis.

Our PC Performance Analysis for Final Fantasy 7 Remake will go live later this weekend, so stay tuned for more!