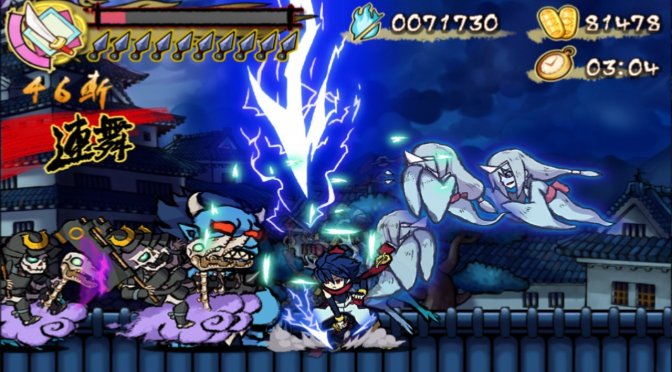 Players will kill the ghosts to collect in-game currency and use it to buy powerful weapons, armor, ninjutsu techniques to power-up, and return the city back to its people. Furthermore, every stage has secret challenges to complete.

Awesome boss encounters!
Use a multitude of ninja magic and weapons to defeat the evil sweeping over the city.

Power Up!
Collect in-game currency and use it to buy powerful weapons, armor, ninjutsu techniques to improve Kagemaru’s chances for survival.

Hidden Secrets!
Discover secret challenges on every stage. Can you complete them all?