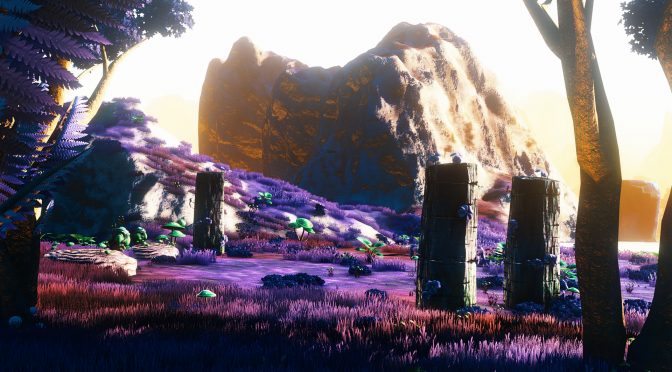 Modder ‘RaYRoD_TV’ has released brand new version of his Overhaul mod for No Man’s Sky. According to the changelog, No Man’s Sky RaYRoD’s Overhaul mod version 1.2.2 improves Exocraft camera and brings various adjustments and fixes.

Furthermore, this new beta version of this No Man’s Sky Overhaul mod makes some underwater biome density adjustments, corrects the positioned cloud height of the E3 scaled planets and solar systems, and temporarily disables buildings that went underground and clipped with grass.

In case you weren’t aware of,  No Man’s Sky RayRoD’s Overhaul replicates E3 moments that were featured in the game’s E3 trailers, enhances the game’s experience, and creatively adds new content to it.

No Man’s Sky RayRoD’s Overhaul is a complete visual overhaul, re-enables and re-creates pre-release features by the modder, and comes with over 2,000 different handcrafted procedural biomes made by him. In addition, every version of No Man’s Sky that ever existed has been converted to Atlas Rises and imported into the game with this mod, meaning that every bit of lost content from all E3 presentations now exists in here.

Those interested can download this new beta version of this mod from here. Below youn can find the complete changelog for it.