Deep Silver has released a new set of screenshots for Sacred: Citadel. Set in the rich fantasy universe of the Sacred franchise, Sacred Citadel reinvents the familiar arcade feel of classic brawlers while setting a new standard for the future of side-scrolling hack-and-slash games. This ultimate arcade brawler also cloaks itself as a prologue for the upcoming epic third installment of the Sacred series, Sacred 3.

Moreover, Deep Silver has released some new information about this action-brawler. Sacred: Citadel will support a co-op mode, in which players must skillfully combine the abilities of their characters to hold out against the onrushing enemy hordes and to support each other.

Players can choose between the Khukuri Shaman, the Ancarian Ranger and the Safiri Warrior and a yet-to-be-revealed secret character. Each of the four classes in Sacred Citadel possesses its own set of special attacks. The variation depends both on the experience level and the amount of power collected through the use of different combos.

Furthermore, in Sacred: Citadel, the heroes will be able to snatch away different mounts from their enemies and use them and their varied special attacks for their own purposes.

Sacred: Citadel is planned for a 2013 release on XBLA, PSN and PC! 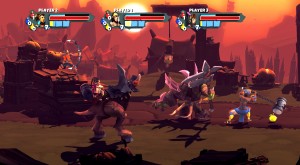 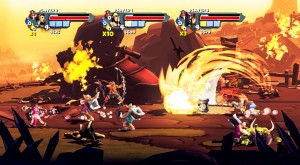 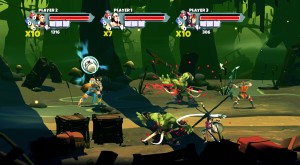