Hoodwink is a brand new PC adventure game set to bring this classic genre bang up-to-date from Kuala Lumpur based E-One Studio. The game features detailed atmospheric graphics that evoke a future in which the world is ruled by the last surviving corporate giant.

With parodies of advertising, political propaganda and corruption, Hoodwink has a twisted dark humour set in a colourful dystopia, enhanced by a soundtrack by award-winning composer Leon Willett.

You assume the role of Michael Bezzle, a smart-mouthed bumbling scoundrel seeking to turn over a new leaf and settle down with his girlfriend.

However his luck takes a turn for the worse when his final caper lands him in trouble with the government and he must rely on his wits as he gets further enmeshed in the machinations of the state.

In its portrayal of the decaying metropolis of Global-01, Hoodwink takes a sideways look at the classic genre of film noir. Using an intuitive point and click interface, you explore the city, populated by all manner of colorful characters, each with their own quirky plans, who will help or hinder as you solve challenging puzzles to seek out the truth behind the world’s last corporation.

“A lot of us grew up on adventure games. With an emphasis on witty dialogue and storytelling, Hoodwink is a return to the classic gaming genre.

Players can identify with Michael who, despite his roguish nature, is just an average Joe seemingly powerless against forces much larger than him. Fulfilling dreams and surviving against the odds are human elements that resonate with us and it is these elements that help to create a memorable gaming experience. ”

“Atmosphere is important; not only does a game have to play well and look good, ambient sound and music contribute a great deal to the experience. Leon Willett’s work on the project has been nothing short of amazing; his music adds that extra spark of life we needed to set the stage for Michael’s journey. From the whimsical designs to the snappy tunes, we hope that Hoodwink will leave an impression on the hearts and minds of our players.” 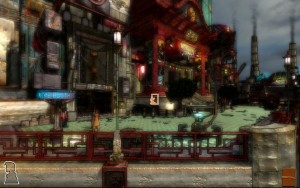 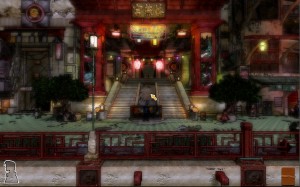 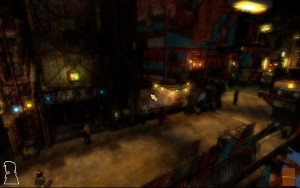 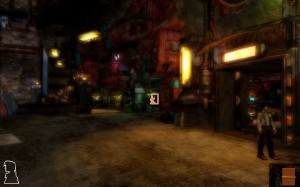 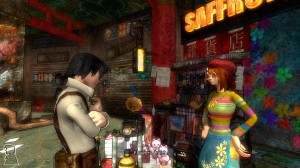 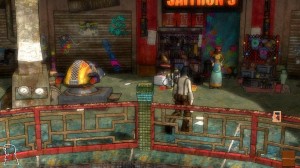 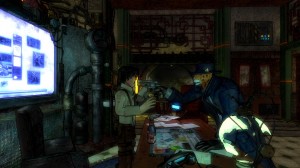