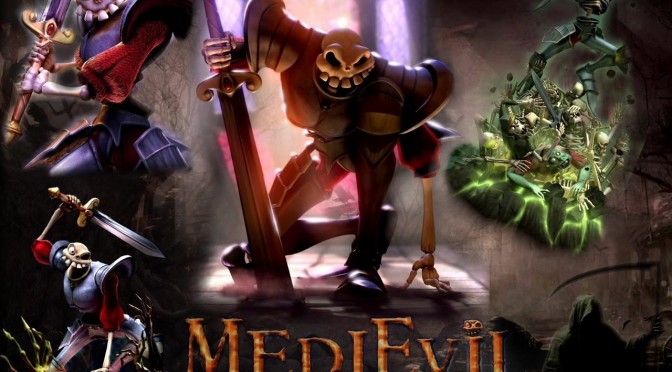 Modder ‘KorinOo’ is currently working on a mod for Skyrim that will bring the world of Playstation’s MediEvil to Bethesda’s RPG. As the modder noted, his mod will be called MediEvil: Hero of Gallowmere and will recreate the first four levels from MediEvil.

“The game starts with a flashback in the 13th century in the fictional Kingdom of Gallowmere. The game puts the player in control of Sir Daniel Fortesque: the reanimated skeletal remains of a deceased champion knight whom history holds in high esteem, due to his supposed heroics in battle against the evil sorcerer Zarok who, in 1286, had raised an army of demons and set out to take over the kingdom. The legend has it that Fortesque lead the King’s army into battle against Zarok’s demonic hordes and that Sir Daniel himself killed the sorcerer during the battle – despite having actually been mortally wounded at the outset – cementing his posthumous status as the “Hero of Gallowmere”.”

KorinOo does not aim to make a 1 to 1 recreation of MediEvil in Skyrim. Instead, the modder will make all the levels/areas recognizable and close to original, but at the same time he will update some of the game’s archaic mechanics (combat, interactions, etc.) to modern standards.

KorinOo has released a trailer for his mod that can be viewed below.