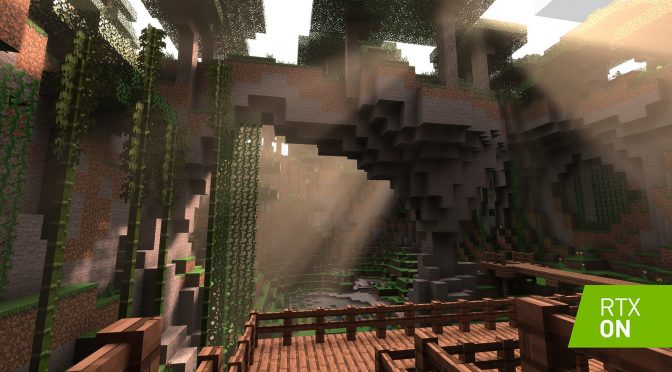 Mojang and NVIDIA have released a new beta version of Minecraft RTX. According to the release notes, version 1.16.20.52 introduces DXR 1.1, updates the DLSS upscaling, and improves End Dimension in ray tracing.

Furthermore, this new beta update resolves many map rendering issues. It also fixes a bug that could cause the player’s hand to clip through blocks when Ray Tracing was enabled.

Not only that, but this patch improves dark noise at edges of view when turning the camera, as well as ‘ghosting’ when removing lights, more responsive shadows. Additionally, it packs disocclusion improvements in dark areas. It also improves specular reflections of metals, cloud appearance, and the intensity of sun and moon.

Below you can find the complete changelog for this latest beta update for Minecraft RTX.