Videocardz has shared some new details about Intel’s upcoming AI-upscaling tech that will be a direct rival to NVIDIA’s DLSS tech. Intel’s upcoming GPUs will support this new tech and it will most likely be better than AMD’s FSR.

Intel has already stated that its upcoming super sampling tech will be artificial intelligence-driven. And, according to some leaked slides, this will be a “temporal-based upscaling technology that will account for motion vectors (velocity) and the history of previous frames“. In other words, it will be closer to what NVIDIA DLSS does and not as generic as AMD’s FSR.

“Intel XSS will be powered by DP4a and XMX instructions which are present in either already-released DG1 GPUs (Xe-LP) or the upcoming Intel Xe-HPG series (DG2). The XMX Matrix Engines are the building block of AI acceleration on next-generation Arc “Alchemist” GPUs. Each DG2 chip will feature 16 Matrix Engines and 16 Vector Engines.”

Intel claims that its Super Sampling tech will be significantly faster than native 4K. However, it will be slower than the traditional upscaling techniques (or rendering the game at 1080p). 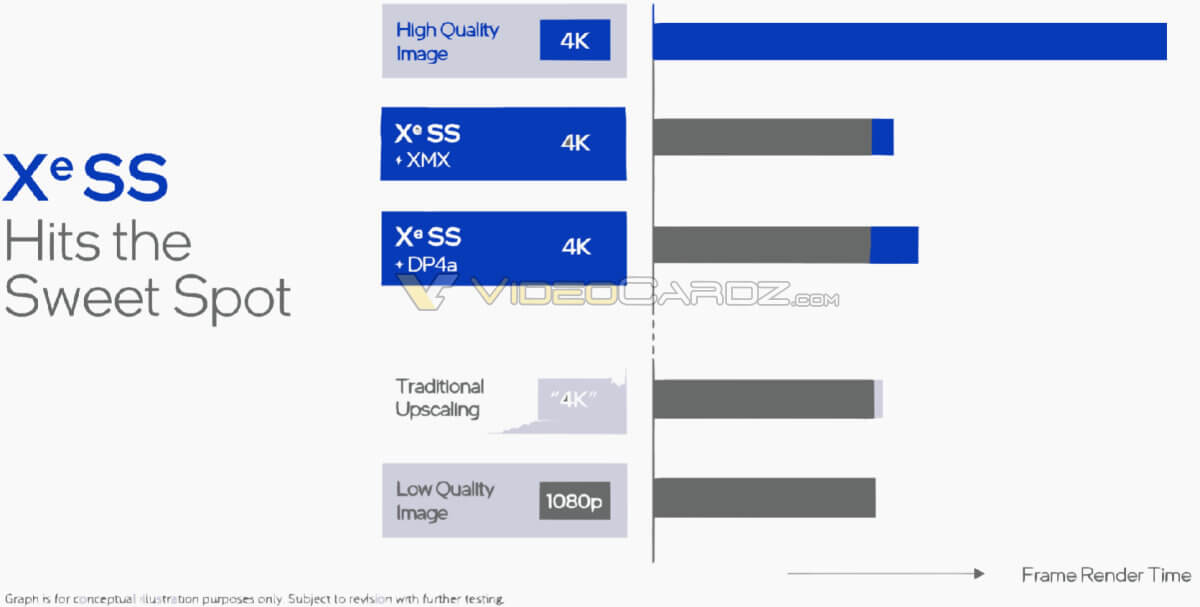 Intel’s first high-end discrete GPUs will release in Q1 2022 and will support both Ray Tracing and DX12 Ultimate.