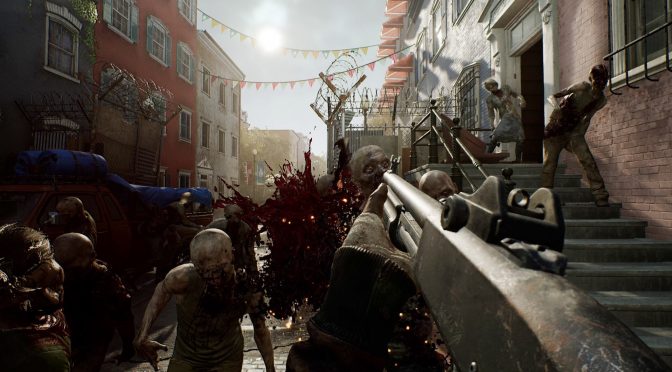 In a recent Reddit AMA, OVERKILL revealed some new details about its upcoming The Walking Dead game. According to the developers, their main focus for the game’s E3 2018 build was its gameplay and how to make it fun.

Now since a lot of players complained about the stiff animations, OVERKILL stated that it is currently working on optimization and on polishing the animations of NPCs and enemies.

The game will also be friendly to those that want to experience the game in solo mode. Its difficulty will adapt to the size of the player party, meaning that if you play 1, 2, 3 or 4 players, the difficulty will scale accordingly.

OVERKILL’s The Walking Dead is powered by Unreal Engine 4 (tweaked with OVERKILL’s own technologies for randomization to offer a fresh experience every time you play; and their own lighting system to give it its own identity), will not support cross-platform gameplay, there won’t be split screen coop, and its closed beta will go live in the weeks leading up to launch.

OVERKILL also stated that there won’t be loot boxes to the game as they don’t fit it.

Last but not least, OVERKILL stated that although the specifications on the Steam store page are subject to change as they optimize, they have decided to put them in the high end to ensure that any potential changes will mean that more people can play it, rather than fewer. And while the game may work on Windows 7 and Windows 8.1, OVERKILL will only officially support Windows 10. Below you can find these official PC requirements.