DICE has been working with NVIDIA in order to improve performance of the real-time ray tracing RTX effects in Battlefield 5 and have revealed some really impressive figures. According to the teams, the upcoming Battlefield 5 patch will offer – in some scenes – an almost 100% performance boost.

NVIDIA and DICE showcased the Forest level from the single-player campaign that we’ve benchmarked, in which the RTX2080Ti is able to achieve 62fps in scenes that were previously running with only 34fps at 1440p with Ultra Ray Tracing. 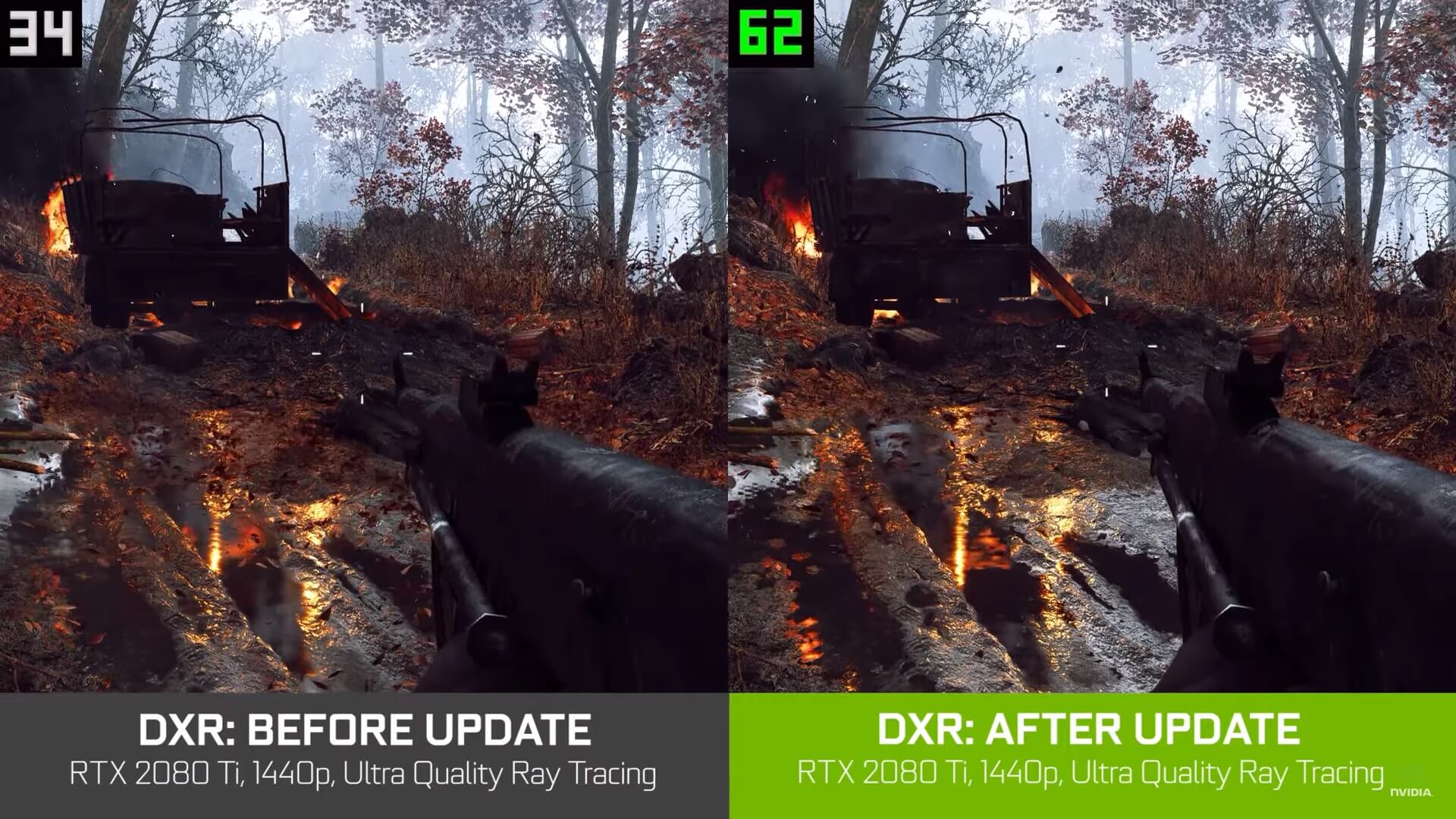 Do note that this is the best case scenario. In another scene, the performance was improved by 10fps, pushing the framerates from 58fps to 68fps. 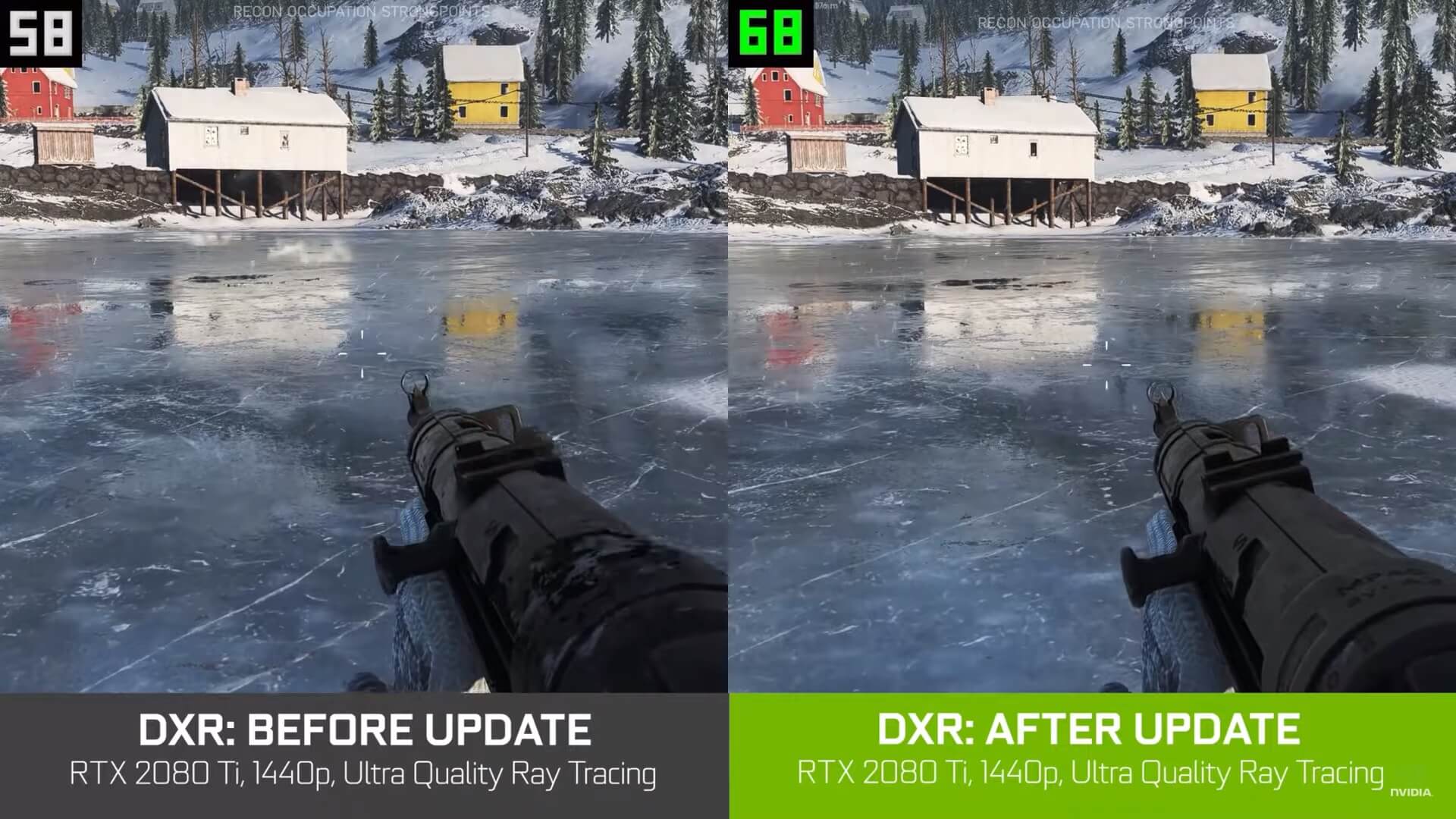 NVIDIA and DICE will also improve the denoiser and will further optimize the shaders which will bring improvements to both performance and visuals.