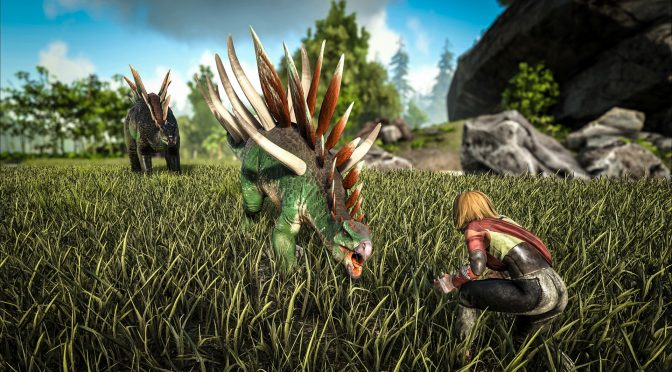 Studio Wildcard announced that a new update for its dinosaur-survival game, ARK: Survival Evolved, will be released later today. In order to celebrate this announcement, Studio Wildcard released a new trailer to showcase some of the new features that will be included in it.

This free new update is one of the largest to date, including four new creatures (ready for the fun of herding Giant Bees?), more sci-fi TEK structures and gear such as the Cloning Chamber, TEK Megalodon Saddle, TEK Grenades plus TEK Turrets, the arrival of the Ascension mechanic accessed via the ultra-dangerous new cave in the sweltering crater of the active volcano, two new hairstyles, tons of new gameplay music tracks, additional UI overhauls, full console-style gamepad functionality and more!

Here are the key features of this new patch: