Okay, this is a bit unexpected but a new Nascar game is coming to the PC. Eutechnyx has just announced that NASCAR The Game 2013 will be coming to the PC and Steam this Summer, and has released the first screenshots for it. According to the press release we got, in the first title in the series available on Steam and PC, players can take to the tracks and redefine races using the new Gen 6 model cars.

NASCAR The Game 2013 will support an updated and enhanced paint booth tool, with which players can customize their Gen 6 paint schemes and import them into the games multiple race modes to show the world their design skills.

The game promises to feature eye-opening graphics, competitive AI and the most robust multiplayer support system yet. And to be honest, the game does look better than its previous version that was released on current-gen consoles.

Supporting the new 2013 roster with all the team and driver changes, players can take their own shot at being crowned the Sprint Cup Series Champion by starting a competitive season as a rookie and racing against their favorite drivers in career mode.

In addition, players will be able to relive and rewrite iconic moments from recent NASCAR history with Inside Line Highlights, recreated using real-world telemetry data from seasons 2011, 2012 and 2013, allowing players to experience the heat of the moment in one of the world’s most exciting motorsports.And, for the 1st time in sports games, NASCAR The Game: 2013 will release further update packs as the climax to the season unfolds. 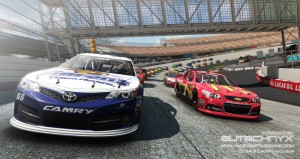 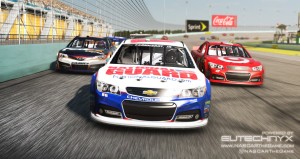 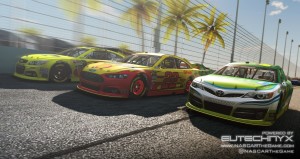 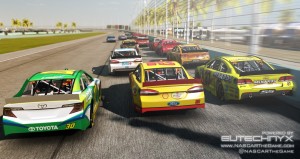