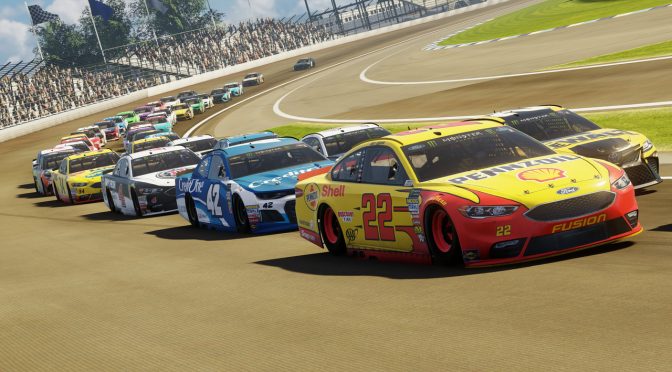 704Games has released the newest entry in its best-selling racing series, NASCAR Heat 3. In order to celebrate this announcement, the team has also released a new trailer that you can find below.

“NASCAR Heat is back with developer Monster Games behind the wheel for our most exciting and comprehensive racing experience yet. NASCAR Heat 3 has more tracks, improved multiplayer with online tournaments, and an even deeper career mode featuring a totally new dirt-racing challenge: the Xtreme Dirt Tour.”

As the press release reads, the Xtreme Dirt Tour brings the competition to eight new dirt tracks, building up to the authentic NASCAR career racing experiences of the NASCAR Camping World Truck Series, NASCAR Xfinity Series and Monster Energy NASCAR Cup Series. Players can also own and manage their own race teams.

“It was exciting to launch the NASCAR Heat 3 cover earlier this summer. Now we are equally excited for people to see the game and all the enhancements 704Games has made. They’ve put tremendous resources into developing a world-class experience for racing fans. We’re proud to work with them and have our four drivers and cars featured so prominently.”