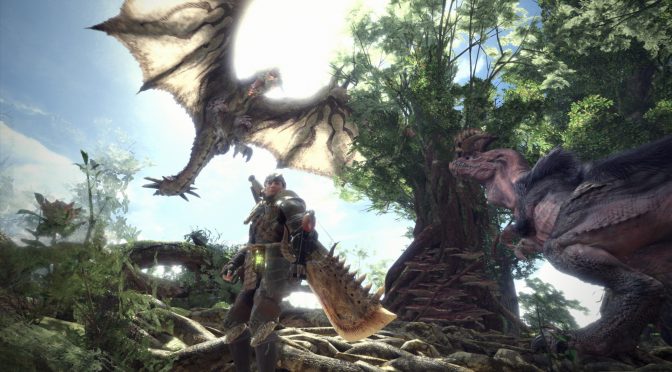 At E3 2017, Capcom announced that Monster Hunter World will be coming to all major platforms, though it will be slightly delayed on the PC. And in an interview with Glixel, Monster Hunter World’s producer Ryozo Tsujimoto revealed that the PC version is delayed so that the development team has enough time to optimize it for our platform.

As Ryozo Tsujimoto said when asked about the game’s PC version:

“Well, the PC version is coming out a little later than the console versions. We really want to make sure that we take time to optimize the PC experience. It’s certainly true that the core Monster Hunter team in Osaka hasn’t made that many PC games before, but overall, we’re willing to put in the time that it takes to give everybody a great experience.”

Monster Hunter World is running on Capcom’s MT Framework, so we are pretty sure that the PC version will not have any major issues.

Here is hoping that it will support proper on-screen indicators, unlocked framerates and resolutions up to 4K (a FOV slider would also be awesome, though it seems unlikely).