Skyrim is a game that has seen one hell of mods. From high quality textures to new and diverse effects, modders have been experimenting with Bethesda’s RPG for more than six years. However, we know that some users are as purists as it can get. These gamers want their game to look exactly the same with the vanilla version. Still, the following two mods are essential even for this type of gamers.

The first mod, Terrain Lod Redone, is without a doubt a must-have mod for everyone. As its title suggests, this mod replaces the awful blurry LOD textures with 2K high quality textures. This mod also features high resolution lod normals and high poly lod meshes which are almost eliminating the stripe effect.

Do note that you’ll have to use DynDoLod or SSELODGEN after installing this mod in order to use the 2K LOD textures. In case you encounter invisible mountains in the distance, the modder suggests going back to the modded 512K textures.

Those interested can download the mod from here. Below you can find some comparison screenshots between the vanilla (left) and the modded (right) LOD textures.

The second mod is Smooth Sky Mesh. This mod removes color banding and smooths the sky transition between horizon, middle and top of the sky. This is subtle change but one that a lot of gamers will appreciate. It also does not impact the framerate so this is a win-win mod.

Below you can find three screenshots from the Smooth Sky Mesh mod. You can download it from here. 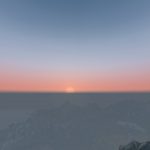 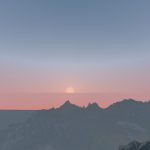 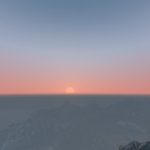