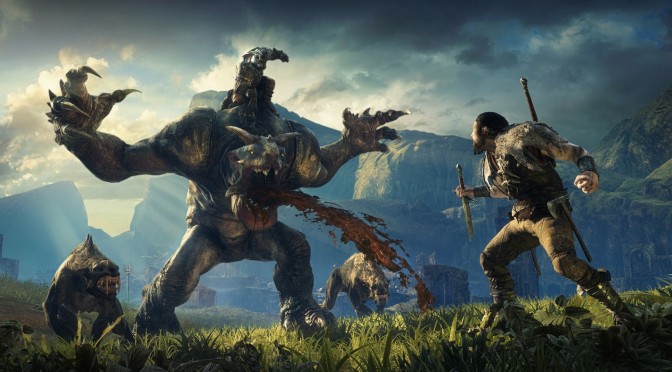 Warner Bros and Monolith today revealed new details about Lord of the Hunt, the first DLC expansion pack for Middle-earth: Shadow of Mordor, available for purchase and to Season Pass holders later this year.

In Lord of the Hunt, Sauron has dispatched lethal Beastmaster Warchiefs to exterminate the monsters of Mordor. Talion will join Torvin the Dwarven Hunter and use his powers of Domination to turn these menacing new beasts against the Warchiefs, proving that Mordor cannot be tamed.

Lord of the Hunt adds hours of new gameplay, and includes the following:

· New Story & Lore – Discover more tales from Torvin, the Dwarven Hunter, as you work together to tame the beasts of Mordor and fight Sauron’s minions.
· New Nemeses – Face off against the Beastmaster Warchiefs, powerful new Uruks who have the ability to ride monsters and engage in perilous mounted combat.
· New Monsters – Ride into battle on the Wretched Graug to vomit toxin at your foes, stalk your enemies on the predatory Caragath and attack from the shadows or raise an all-consuming Ghul Horde.
· New Missions & Challenges – New Beast Hunting challenges and collectibles open up new trophies and achievements.
· New Epic Runes – Make your Mount unstoppable with five new epic Runes that make you the ultimate hunter.
· Test of the Wild – Test your skills against the Beastmasters and mount your trophies on the leaderboard.
· New Character Skin – Lord of the Hunt skin transform Talion into the ultimate Beastmaster.