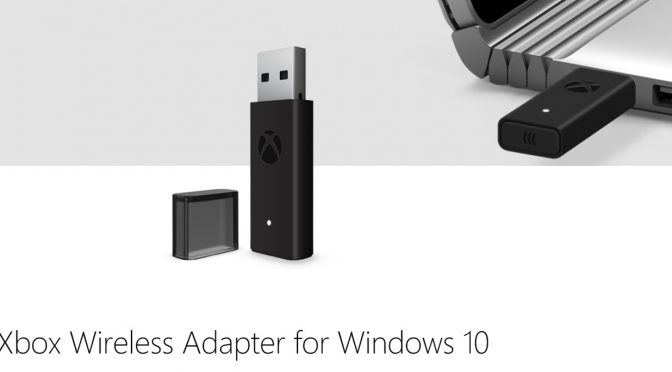 Microsoft has announced a new Xbox Wireless Adapter for the PC. This new adapter is 66% smaller than the previous one, and supports up to 8 controllers at once. The adapter will be priced at $24.99 and will be available on August 8th.

“With the new and improved Xbox Wireless Adapter for Windows 10, you can play your favorite PC games using any Xbox Wireless Controller. Features a 66% smaller design, wireless stereo sound support, and the ability to connect up to eight controllers at once.”

So yeah, we strongly suggest waiting for these new adapters if you are one of those interested in using their Xbox controllers wirelessly on the PC. Or you can get a Dualshock 4 gamepad and use it wirelessly via a cheap Bluetooth adapter. But then again, you wouldn’t be reading this story if you had a Dualshock 4 controller… would you?