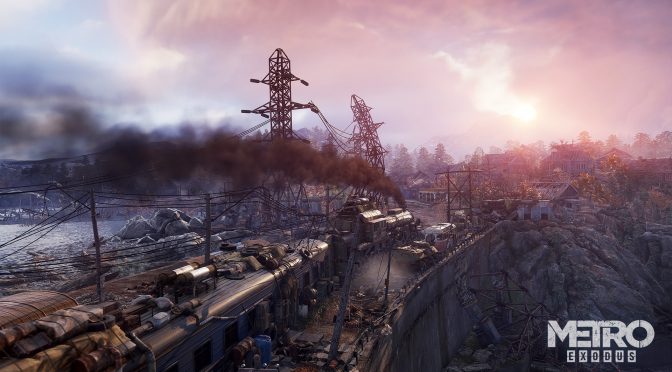 Last week, we shared a video from IGN showing 13 minutes of gameplay from the Gamescom 2018 build of Metro Exodus. However, it appears that a really interesting video passed under our radar. PCGamesHardware was able to play Metro Exodus with real-time ray tracing and captured some footage from it.

Unfortunately, this is off-screen gameplay footage however it appears that the NVIDIA GeForce RTX2080Ti is currently running the game smoothly. While there isn’t any framerate overlay, you can easily see how smooth the game actually runs.

4A Games’ rendering programmer Ben Archard has stated that Metro Exodus targets 1080p at 60fps with NVIDIA’s real-time ray tracing features enabled, and from the looks of it 4A Games will most likely achieve that goal.

We believe that a lot of our readers will be interested in this video as it can give you an idea of what you can expect from NVIDIA’s upcoming flagship graphics card. So far, we’ve seen Battlefield 5 and Metro Exodus running smoothly with – what appears to be – 60fps. On the other hand, the Shadow of the Tomb Raider RTX demo was a big disappointment as there were major drops below 40fps when RTX was enabled. Furthermore, Gaijin’s Enlisted was running with over 90fps in 4K resolution with NVIDIA’s real-time ray tracing effects and it’s perhaps the most impressive game using RTX so far.