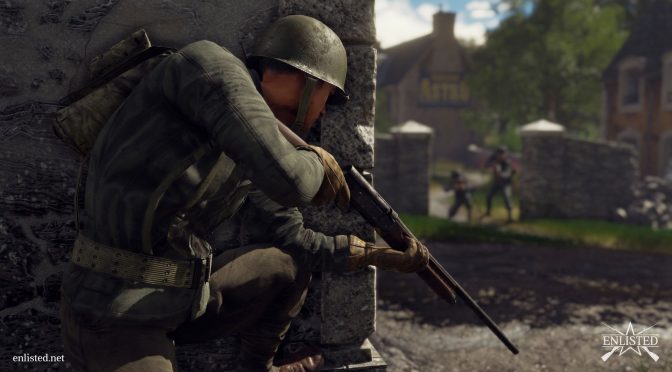 Gaijin was so impressed by NVIDIA’s real-time ray tracing techniques that it will add its custom global illumination solution to all of its games. The team may also use RTX to handle AI, visibility and reflections.

Enlisted is also the first game showing real-time ray tracing effects under the Vulkan API. The game will have dynamic, destructible, scenes with dynamic time and weather conditions, will not be plagued by light leaking, will have high detail maps and will have many light bounces.

Do note that the game was showcased running with no precomputed lighting (which is part of why the non-ray-traced version looks a bit flat and underwhelming). Below you can find the presentation showing Enlisted with Vulkan and RTX in action, courtesy of PCGamer!