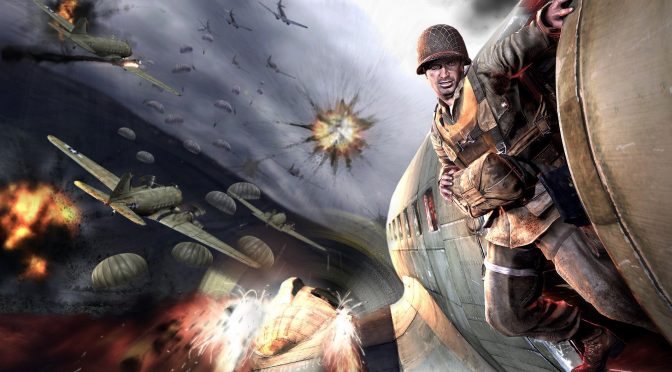 Medal of Honor: Airborne was one of the best MOH games, at least in my opinion. However, there is a whole generation of gamers that have not experienced it as the original game came out in 2007. Thankfully, though, there is now a gameplay overhaul mod for the PC version that you can download in order to play it.

Medal of Honor: Airborne Redux is an overhaul mod that aims to remaster this flawed, ambitious FPS game up to modern standards. Do note, however, that this is not a graphics overhaul. So yeah, don’t expect high-resolution textures and modern-day effects. Instead, this mod overhauls Airborne’s gameplay, and provides some addition Quality of Life improvements.

According to the modder, the ultimate goal of this mod is to provide a more challenging and tactical experience. In order to achieve that, the modder has re-balanced the game’s weapons, and improved the enemy AI. Moreover, he added a FOV option, as well as improved leaning.

Furthermore, weapon and ironsights viewmodels are zoomed out to look more realistic. Additionally, this mod removes the annoying mouse acceleration side effects, and reduces mouse sensitivity threshold. It’s also worth noting that this mod adds 3D positional audio through the DSOAL wrapper.

Lastly, your health will no longer regenerate, though health packs now give you back your full lifebar. Moreover, base movement speed is 10% slower while base sprinting speed is 10% faster.

You can download Medal of Honor: Airborne Redux from here.