Rockstar has announced that Max Payne 3’s new DLC – a DLC inspired by the grisly shootouts from Max’s past – Painful Memories Pack will bring four new maps and much more to Max Payne 3 Multiplayer this December.

Players will be able to revisit the subway bloodbath from the original Max Payne in the Roscoe Street Subway map. Flashback to the dingy Hoboken watering hole at Marty’s Bar, open fire on the posh Branco family yacht in Shoot First and wage Gang Wars at Canal De Panamá. The Painful Memories Pack also includes the IMG 5.56 and UAR-21 assault rifles, new avatars, items and the Hangover Burst, which causes enemies to respawn with blurred vision, reduced stamina and health.

Check out the first screens from this pack below, which will be available on December 4th for 800 Microsoft Points on Xbox LIVE and £7.29 on PlayStation Network and PC (Rockstar Pass owners will receive this content at no additional charge). 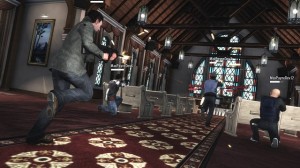 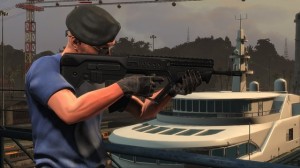 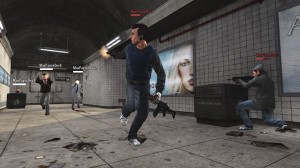