Square Enix has just released Marvel’s Guardians of the Galaxy and it appears that the game is completely unplayable on NVIDIA’s Maxwell GPUs. Not only that, but the game has major graphical issues/glitches on AMD’s latest drivers.

Let’s start with NVIDIA’s issues. EIDOS Montreal has listed the GTX 1060 as the minimum required GPU for this game. However, and regarding raw performance, the GTX980Ti is more powerful than the GTX 1060. So, theoretically, the GTX980Ti should be running the game fine. Well… guess again. Upon launching the game, we witnessed an inexcusable performance on the GTX980Ti. We are talking about 20fps at 1080p/Low Settings. Not only that but performance could not improve, even when we dropped our resolution to 720p with a 50% resolution scale. Hell, even with that, the GTX980Ti was used at 98%. Below you can find an image showing this issue. And in case you’re wondering, I’ve tried both the NVIDIA 496.13 and the NVIDIA 496.49 drivers. Other games also worked great (so it’s not a driver issue). 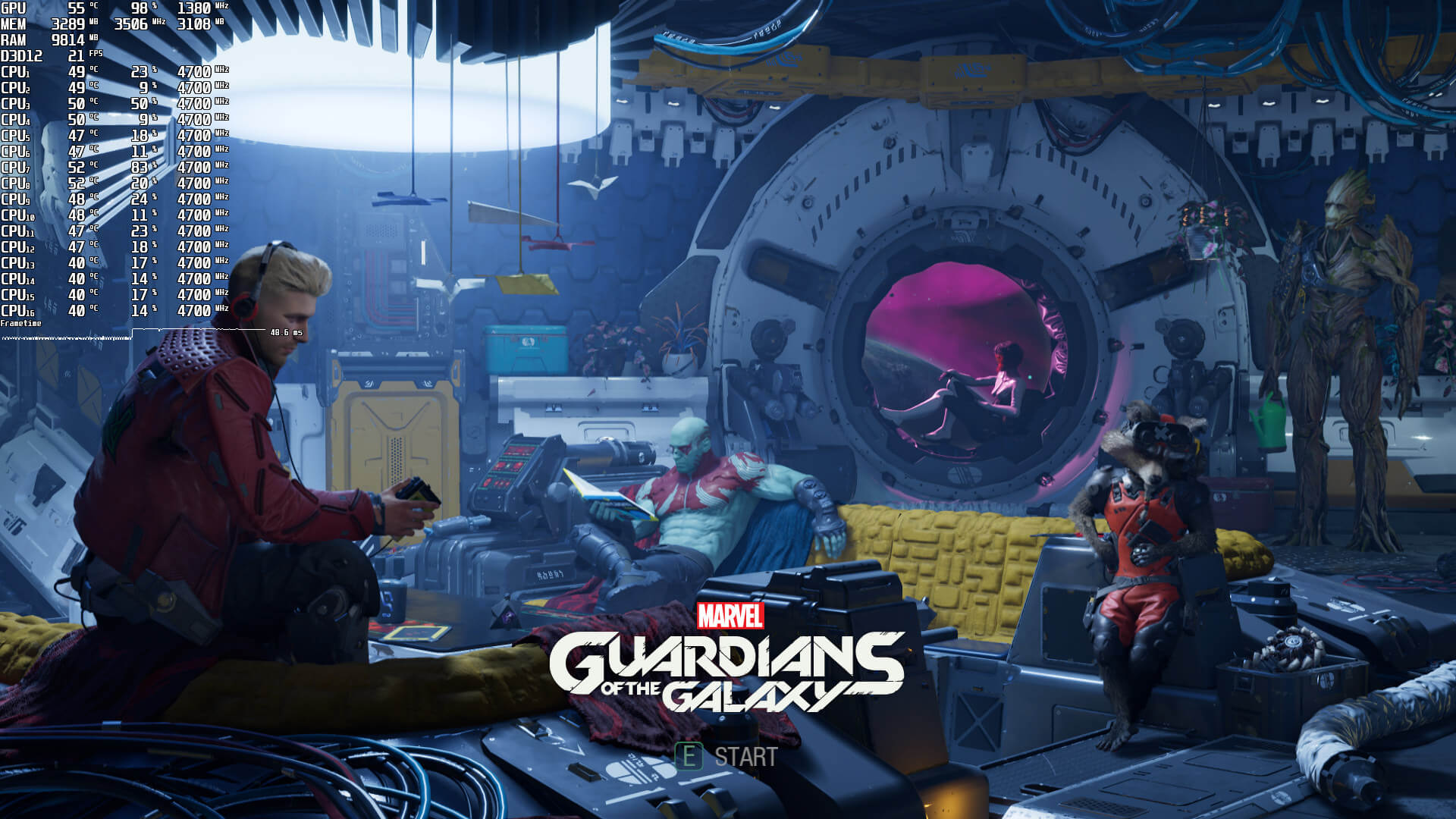 For comparison purposes, the AMD Radeon RX580, a GPU that is significantly less powerful than the GTX980Ti, can run the game with an average of 70fps at 1080p/Max Settings.

We also aren’t the only ones suffering from this issue. A quick look at Steam’s forums shows other Maxwell owners experiencing the exact same issue. This is truly inexcusable, and both NVIDIA and EIDOS Montreal should fix it. Again, a “mere” RX580 can run circles around the GTX980Ti in this particular game.

On the other hand, the latest AMD drivers (Version 21.10.3) introduce major lighting and shadows issues. The game is literally unplayable due to these graphical glitches. These issues affect all of AMD’s GPUs. Thankfully, and by rolling back to the previous drivers, the game works perfectly on AMD’s hardware. Therefore, and if you’ve purchased it, we suggest using the AMD Radeon Adrenalin 21.10.2 driver.