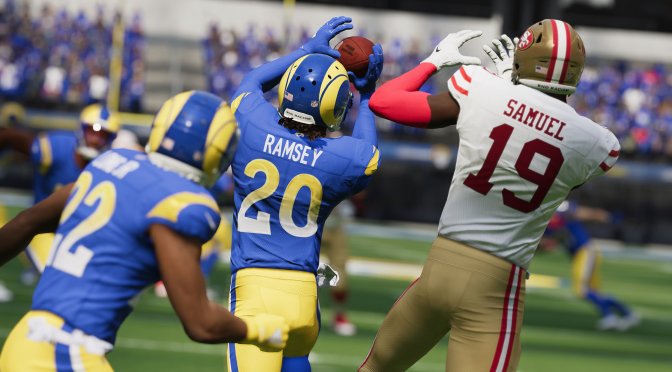 EA has just announced the latest part in its Maden NFL series, Madden NFL 22. However, and similarly to FIFA 21, the PC version of Madden NFL 22 will be based on the old-gen console version.

What this means is that the PC version will not have the gameplay features that will be present in Madden NFL 22 Next-Gen. These features are Dynamic Gameday, Gameday Atmosphere, Gameday Momentum, Next Gen Stats Star-Driven AI, Home Field Advantage,  and Star-Driven AI. Furthermore, its graphics will not be as good as what PS5 and Xbox Series X owners will be getting.

As the official press release of Madden NFL 22 reads:

Needless to say that we strongly suggest avoiding Madden NFL 22 until EA starts treating PC gamers as first-class citizens. In November 2020, EA claimed that FIFA 21 was old-gen on PC because EA did not want to raise its PC system requirements. So yeah, don’t bother with this new sports game PC gamers. At least until EA puts some more effort to its PC versions!