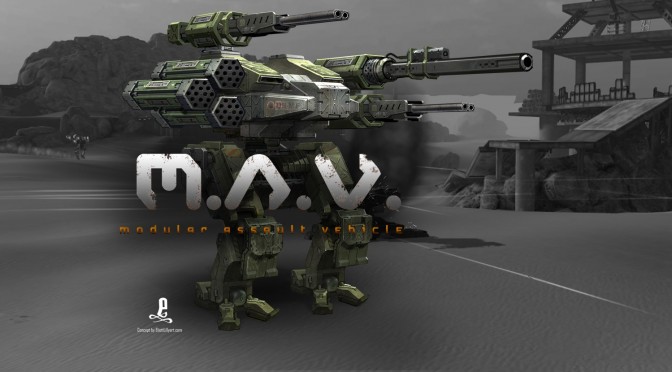 BombDog Studios has launched a Kickstarter campaign for M.A.V. – Modular Assault Vehicle. M.A.V. is a 3rd person Mech action game focused on teamwork and fine tuning your M.A.V. to perfectly work with your own play style.

Players take the controls of their personal Modular Assault Vehicle (M.A.V.) and battle it out, fighting a war for freedom. There are several game modes available including, the free-for-all Arena mode, the team based Siege Mode, and the much anticipated Campaign Mode.

The campaign mode is the heart of what M.A.V. is about. A persistent battle, with multiple factions fighting it out for complete control. In this mode, everything is on the line and everything can affect the outcome. World events will dramatically change the way the battle plays out. Whether it be that you choose to fight in the daylight, or try to deploy covertly under the darkness of night, or maybe a storm comes in affecting the visibility of the map.

According to the development team, every game will play out differently, every battle will have a story, and every faction will have a struggle to the top.

In M.A.V., there will also be thousands of parts to pick from, each with its own stats and appearance. There will be a weapon for every strategy, a cockpit for every style, and an armor plate that always fits just right.

The Kickstarter campaign aims to raise $20K in the next 29 days. 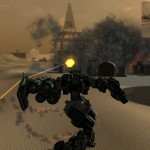 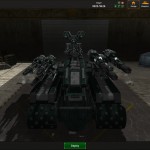 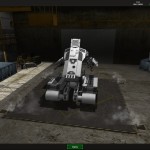 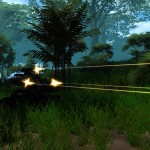 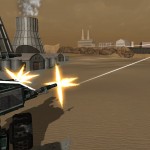 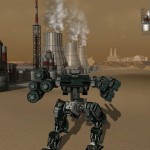